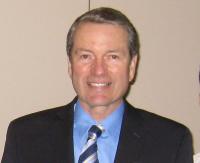 Robert H. Friis&mdash;B.A., Psychology, 1964 Robert Friis received his B.A. in psychology in 1964 from Berkeley, and both an M.A. degree in educational psychology (1966) and a Ph.D. in higher education (1969) from Columbia University. He completed a post-doctoral fellowship in social epidemiology, his current disciplinary specialty, at the University of Michigan, Ann Arbor. Now he is professor emeritus and former chair of the Department of Health Science at California State University, Long Beach (CSULB). He retired from this full-time appointment in 2011, transitioned to a half-time appointment, and then retired fully in September 2016. Previously, in 1993, he retired from the University of California, Irvine (UCI), where he was a faculty member in the Department of Medicine. Before that, he was an assistant professor of epidemiology at the Columbia University School of Public Health (renamed the Mailman School); assistant professor at Albert Einstein College of Medicine; and associate professor at the City University of New York, Brooklyn College. He applies his training in psychology to the study of stress-related conditions and to research in psychiatric epidemiology. His research topics range from general public health concerns, including environmental health, to specific topics such as tobacco control, which is now the focus of his studies. He has received research funding from various sources, including the federal government and the University of California&rsquo;s Tobacco-Related Disease Research Program. His publications number more than 65 peer reviewed articles, 120 peer reviewed conference presentations, and five books. He is a member of the advisory boards of several professional committees and organizations. He is a past president of the Southern California Public Health Association, a fellow of the Royal Society of Public Health, and an international editor of the journal Public Health. His most recent textbook is titled Occupational Health and Safety for the 21st Century, which was published by Jones and Bartlett Publishing Company in March, 2015. Presently he is a full-time author of textbooks in public health. He resides with his wife, Carol (a native New Yorker and psychology alumna from Cornell University), in Corona del Mar, California. They have two adult children and five grandchildren.