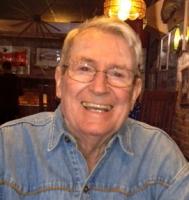 After graduating with honors from U.C. Berkeley in 1962, Richard Gatley went on to take an M.A. and a Ph.D. in clinical psychology at Michigan State University. In 1969 he became an Assistant Professor at University of Manitoba, in Winnipeg, Canada with a joint appointment in the Department of Psychology and the Psychological Service Center, where he helped establish an APA approved clinical psychology program. He left University of Manitoba as a tenured Associate Professor in 1980 to promote a book co-authored with a close friend and associate, Single Father's Handbook: A Guide for Separated and Divorced Fathers, Anchor/Doubleday, 1979. Two years later, Dr. Gatley helped to establish the Department of Psychiatry at Kaiser Permanente, Santa Rosa, California where he served for many years as chief psychologist. After retiring in 1999 to private practice in Lake Tahoe, he published Engaging the Dragon: A Man's Guide to Happiness in the Garden of Eden, Mill City Press, 2013. Married, with two grown children, Dr. Gatley now lives with his wife, Laura Rose Gatley, on the west shore of Clear Lake, CA.