Pulling An All-nighter Can Bring On Euphoria and Risky Behavior 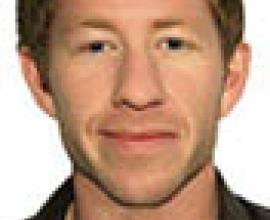 A sleepless night can make us cranky and moody. But a lesser known side effect of sleep deprivation is short-term euphoria, which can potentially lead to poor judgment and addictive behavior, according to new research from the University of California, Berkeley.

Researchers at UC Berkeley and Harvard Medical School studied the brains of healthy young adults and found that their pleasure circuitry got a big boost after a missed night’s sleep. But that same neural pathway that stimulates feelings of euphoria, reward and motivation after a sleepless night may also lead to risky behavior, their study suggests.

“When functioning correctly, the brain finds the sweet spot on the mood spectrum. But the sleep-deprived brain will swing to both extremes, neither of which is optimal for making wise decisions,” said Matthew Walker, associate professor of psychology and neuroscience at UC Berkeley and lead author of the study.

The findings, published today, March 22, in the Journal of Neuroscience, underscore the need for people in high-stakes professions and circumstances not to shortchange themselves on sleep, Walker said.

“We need to ensure that people making high-stakes decisions, from medical professionals to airline pilots to new parents, get enough sleep,” Walker said. “Based on this evidence, I’d be concerned by an emergency room doctor who’s been up for 20 hours straight making rational decisions about my health.”

The body alternates between two main phases of sleep during the night: Rapid Eye Movement (REM), when body and brain activity promote dreams, and Non-Rapid Eye Movement (NREM), when the muscles and brain rest. Previous brain studies indicate that these sleep patterns are disrupted in people with mood disorders.

Puzzled as to why so many people with clinical depression feel more positive after a sleepless night – at least temporarily – the researchers used functional Magnetic Resonance Imaging to study the brains of 27 young adults, half of whom got a good night’s rest and the other half of whom pulled an all-nighter.

Participants viewed numerous images, including pleasant scenes (for example, bunnies or ice cream sundaes), and were asked to rate the pictures as either neutral or positive. Across the board, those who had skipped a night’s sleep gave more positive ratings for all the images while the well-rested participants gave more moderate scores.

While a bias toward the positive, potentially linked to a short-term boost in dopamine levels,  may seem advantageous, it can be detrimental if people are making impulsive decisions because they’re feeling overly optimistic, Walker said.

The findings build upon previous research by Walker and his team that shows sleep deprivation shuts down the brain’s key planning and decision-making regions – namely the prefrontal cortex – while activating more primal neural functions such as the fight-or-flight reflex in the amygdala region of the brain.

As for a therapy for people who are clinically depressed, sleep deprivation is not a viable solution, according to Walker: “The elastic band of sleep deprivation can only be stretched so far before it breaks,” he said.

In addition to Walker, coauthors of the study are Ninad Gujar, a senior research scientist at UC Berkeley’s Sleep and Neuroimaging Laboratory; Seung-Schik Yoo, associate professor of radiology at Harvard Medical School; and Peter Hu, a graduate student in psychology at the University of Chicago.

Originally published at UC Berkeley NewsCenter: Pulling an all-nighter can bring on euphoria and risky behavior