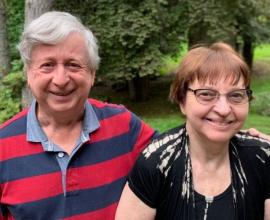 By:
Hagit Caspi, Communication Specialist, College of Letters and Science

Mark and Joy Gall met while earning their doctoral degrees in the Department of Psychology at UC Berkeley. Since then, they have devoted themselves to school improvement, both by teaching university courses and workshops and by co-authoring books on research methodology, teaching methods, teacher education, and study skills.

“I learned how to do research not by taking courses on the subject, but by doing research with my advisor, Gerald Mendelsohn,” says Mark. (His legal first name is Meredith.) He also appreciated the internships in clinical psychology that he completed during his studies. “To this day, I believe that apprenticeship is the most effective method of teaching and learning.”

Mark published many research articles with his colleagues and served on the editorial boards of several journals during his career. He also chaired or co-chaired 60 dissertations and was a committee member on another 60. “That sounds like a lot of hard work, but the value of hard work is something I learned at Berkeley (and from my parents). The professors raised a high bar for academic achievement, and we either rose to the challenge or we were out of the program.”

In January 2018, the couple joined the Charter Hill Society for Psychology. ”We deeply appreciated the education that Berkeley provided us and we wanted to express our gratitude,” says Joy. After learning more about the Psychology Department’s most pressing needs, they decided to create an endowed fund that would position future generations of Berkeley psychology graduates for success. Mark and Joy endowed a fund that will support doctoral students’ dissertation and research and assist those who face financial challenges in completing their program of studies. 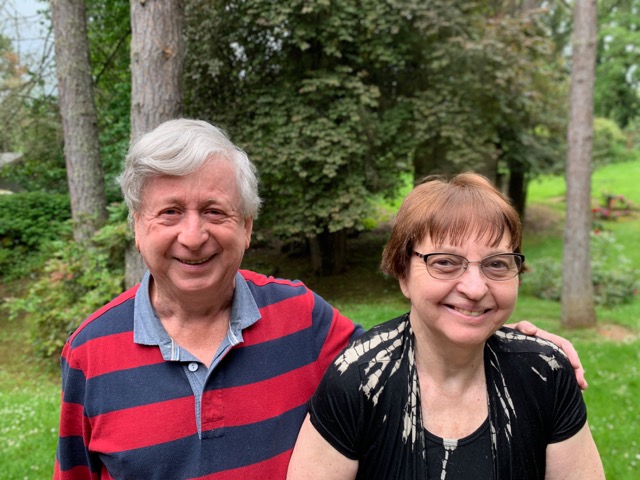 Tell me about your background before coming to Berkeley.

Mark: I grew up in what I call the “old San Francisco” of the 1940s and 1950s. My father worked as a machinist at the S. F. Naval Shipyard, which at that time was the city’s largest employer. I graduated from a Catholic elementary school and was going to attend a Catholic high school, but one sentence in a Life Magazine magazine wound up sending me on a full scholarship to a prep school in Connecticut. (Find an account of this life-changing event by googling “Hotchkiss Magazine Gall”.) From there I went to Harvard University on a full scholarship and earned a bachelor’s degree in English and a master’s degree. (My master’s degree advisor was Richard Alpert, who later became known to the world as Ram Dass.)

After eight years of New England’s freezing winters and humid summers, I wanted to return to the West Coast. Fortunately, I was admitted to the doctoral program in Psychology at UC Berkeley.

Joy: I left my entire family—mother, father, older and younger sister—behind in Chicago and moved to Berkeley, first working on campus as a clerk for a Physics professor. Living in my own apartment and studying in the Psychology doctoral program is how I grew from a girl into a young woman.

John F. Kennedy was killed later that fall, and I remember walking across campus in a state of shock like everyone else.  I was not yet a UCB student, so I knew almost no one. I spent the entire weekend alone cleaning cupboards in my new apartment and listening to the radio news.

Berkeley’s Psychology Department holds a special place in my heart because of the intense learning I experienced as a doctoral student. While my initial plan had been to earn a masters degree, my advisor recommended I go for the doctorate right from the start. I took his advice and got a research assistantship with two great psychologists, Richard Crutchfield and David Krech. They were kind and intelligent, and I learned a lot.

I was fortunate to carry out a research study with Richard Lazarus comparing male and female subjects’ self-reported sadness about the assassination of President Kennedy and physiological stress responses to a film about it. To be able to combine my personal interests with research and the use of complex equipment was very meaningful.

What are some of your fondest memories of Berkeley as graduate students?

Mark: Foremost in my memories of Berkeley are my great instructors and role models: Gerald Mendelsohn, Kenneth Craik, Harrison Gough, Sheldon Korchin, the faculty at IPAR (the Institute for Personality Assessment and Research), and an inspirational guest lecturer, Margaret Thaler Singer (she was the psychologist who testified at Patty Hearst’s trial).

I also appreciated my fellow doctoral students. We studied together, played together, and spurred each other on. They were extremely bright, dedicated to the study of psychology, and ambitious to contribute to the field either as researchers or as practicing clinical psychologists. One student in particular, Joyce Pershing, got my attention. Long story short, we’ve been married almost 52 years.

Joy: I remember feeling overwhelmed when I first visited the Psychology Library in Tolman Hall. So big—so many books! I gave myself some instant therapy: “You don’t need to read them all, just pick one.” I scaled down my anxiety by this method, and I continued to use it many times during my six years at UCB. 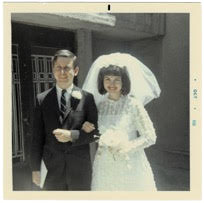 Completing my degree also involved great challenges, particularly studying for and passing the preliminary examination and defending my dissertation before a group of my professors. I got support from my fellow students and from Mark, who later became my husband.

My fondest memory was wearing peace armbands rather than caps and gowns when we received our degrees. The armbands were in recognition of the U.S. war being waged at that time in Viet Nam.  I was proud that the student body had protested the war and that we set an example for young people throughout the country.

Tell us more about your life and careers after Cal. What did your degrees with Berkeley Psychology help you achieve?

Mark: Shortly after completing my doctorate, I was offered a position at the Far West Laboratory for Educational Research and Development (now called WestEd), located back then at the Claremont Hotel.  I recall that the head of the Far West Lab told me, “You don’t know anything about education, but you have research and writing skills. We can retool you.”

Within a short period of time, I was put in charge of an R & D team that used microteaching (a technology developed at Stanford) to improve the instructional skills of K-12 teachers. Because of the preparation I received at Berkeley, I had no difficulty mastering the research literature on teaching skills, developing training materials, and testing their effectiveness through controlled experiments.

In the early 1980s I was awarded tenure and a full professorship in the University of Oregon’s College of Education. The deciding factors in this promotion after 5 years of temporary appointments, I think, were the research and writing skills that I acquired at Berkeley. My colleagues forgave me for not having a teaching license and no training as a classroom teacher!

I retired from the University of Oregon quite a few years ago with the title of professor emeritus. I also am a fellow of APA and AERA (American Educational Research Association). And I continue to be professionally active. I just completed a chapter for a forthcoming book tentatively titled “The Next Big Thing in Education.” I argue that the essence of education is helping learners acquire, apply, and create knowledge. So what is knowledge? My attempt to answer that surprisingly complex question has led me to create what I call Knowledge Theory.

Joy: After graduation I worked at the Far West Laboratory for five years. My colleagues and I developed training materials to enhance school administrators’ skills in goal setting and problem analysis. I continued working in the field of R & D at the American Institutes for Research, creating and testing curriculum materials for vocational educators and vocational education students. When Mark and I moved to Eugene, I became a courtesy professor of education at the University of Oregon and taught several courses. I also served as the communication specialist for the Department of Educational Leadership, Technology, and Administration. 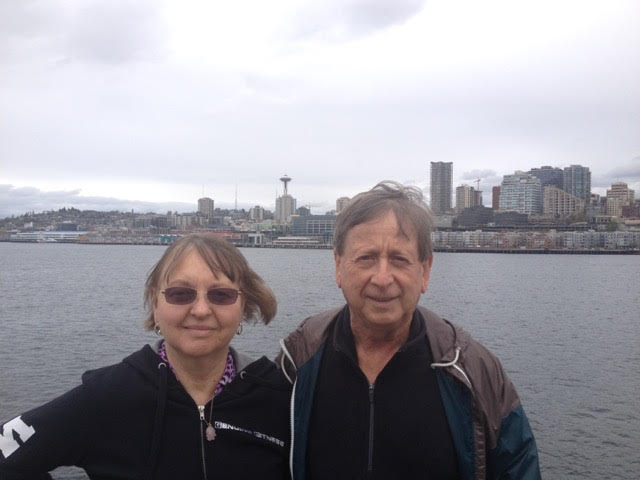 Near the end of my professional career, I started and ran a business with Mark in which we co-authored  and marketed curriculum materials about study skills and study skills instruction.  Also, during much of my career, I was a co-author with Mark on two textbooks about educational research methodology that have gone through multiple editions.

What motivates you to support the next generation in education?

Mark: My answer is this: “I am paying it forward.” It’s my way of saying that I want to express my gratitude to donors whom I’ll never know, but who sponsored my education from prep school through college and graduate school. They did it either through tuition support or by contributing to the institutions where I acquired my knowledge and skills. I can’t express my gratitude by paying them back directly, but I can do it indirectly by contributing to the education of the next generation of students. I am paying it forward. It’s as simple as that.

Joy: My doctoral degree from Berkeley contributed to my writing and research skills immeasurably. It helped me learn how to collaborate with many distinguished scholars on the production of educational materials for a variety of audiences. It also contributed to my skills as a poet and enriched my ability as a parent to Mark’s and my only child, Jonathan, who passed away of a rare neurological condition at the age of 37.