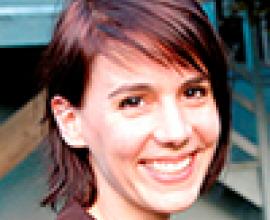 Aiming for happiness can stress you out. White and Asian students feel at a disadvantage in college admissions. And striking powerful poses before a job interview (hands on hips, feet spread, chin up) can make you come across as more hirable.

These are among the UC Berkeley findings that psychologists will share at this week’s annual meeting of the Society for Personality and Social Psychology in Austin, Texas. More than 3,500 scientists and scholars have registered for the Feb. 12-15 conference that is popular with UC Berkeley psychology faculty, researchers and students.

A key theme at this year’s conference is the growing relationship between psychology, big data and social media. Speakers on that topic will include Facebook social psychologist Adam Kramer, Microsoft computer scientist Eric Horvitz and Google and Harvard University data researcher Jean Baptiste.

“Some of the most exciting and important discoveries about social and personality psychology are now the domain of computer science, engineering, and communication,” says the promo for the event’s Presidential Symposium. “Rather than marvel on the sidelines, it’s time to jump into the fray and work with colleagues in computer sciences, engineering, and other disciplines.”

The downside of the pursuit of happiness

On the more fundamental topic of how we manage emotions, UC Berkeley psychologist Iris Mauss and fellow researcher Maya Tamir of Hebrew University will presenttheir newest findings on the paradoxical question of why aiming for happiness can be detrimental to one’s sense of well-being.

In two previous studies published in the journal, Emotion, the researchers found that people who placed a higher premium on happiness reported higher rates of stress, discontent and even depression than those who did not set a happiness goal. The results suggest that the proverbial pursuit of happiness can actually heighten awareness of how one is falling short of that goal. Their newest research expands on this irony.

As for the pursuit of diversity, Victoria Plaut, a social psychologist at UC Berkeley’s School of Law, will present findings on how bringing up diversity on university admission applications can intensify a sense of ethnic competition.

In an experiment, Plaut and fellow researchers Michelle Rheinschmidt of UC Berkeley and Kimberly Rios of Ohio University directed more than 430 white, Asian and Latino undergraduates to fill out mock graduate school applications. While some wrote about student diversity, others wrote about personal creative influences. The students then rated the applications according to how much they felt they favored or handicapped their own particular ethnic group.

The results suggest that when whites were more attuned to diversity (by writing an essay about it), they perceived themselves to be at a greater disadvantage in the admissions process than both Asian and Latino applicants. Asian students sensed that Latino students had an edge over them in admissions while Latino students thought the application was equally fair to all applicants. Surprisingly, white students were more likely to support diversity initiatives after writing about the issue.

“The finding that students are reading advantage or disadvantage to their racial group into these applications, based simply on a diversity essay prompt, reflects our larger societal sensitivity about these issues,” Plaut said.

Another intriguing area of research to be presented at the conference is how striking “power poses” can enhance one’s performance in a job interview, among other stressful situations.

In one study — conducted by UC Berkeley assistant business professor Dana Carney, Harvard social psychologists Amy Cuddy and Carolyn Wilmuth Maarten and MIT’s Andy J. Yap — subjects prepared for a mock job interview, with half adopting  expansive poses (hands on hips, feet apart, chin up), and the other half keeping their gestures constrained.

Next, they were videotaped as they delivered  speeches, and their presentations were rated for overall performance and hireability. As predicted, those who prepared for the job interview by adopting expansive poses performed better and were more likely to be chosen for the job.