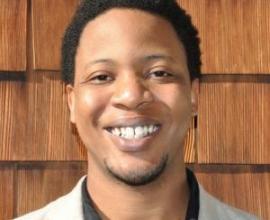 As a boy in Memphis, Tennessee, Jason Okonofua tagged along behind his two protective older brothers, even when they got into schoolyard brawls. By 10th grade he had attended a half-dozen schools, getting suspended four times and expelled once.

While his brothers skipped college, the intellectually gifted Okonofua rose swiftly through academia after landing a scholarship to prestigious St. George’s prep school in Rhode Island. But he never forgot the discipline overkill back in Memphis that held back his brothers and other nonwhite peers.

This fall, with backing from tech titan Google, Okonofua, 31, an assistant professor of psychology at UC Berkeley, will launch an online intervention for more than 100 U.S. school teachers to motivate them to check their biases against African American students before meting out punishment. His approach is the first of its kind.

“Teachers are more likely to see black children as troublemakers, and kids who have more suspensions are less likely to go to college and enter top-tier workplaces,” says Okonofua, who co-authored and led seminal studies about racial disparities in school discipline as a doctoral student and postdoctoral fellow at Stanford.

“My goal is to reverse the downward life trajectory that starts with suspensions and expulsions,” he says.

That means stepping in before African Americans and Latinos, who face the most suspensions and expulsions, get to high school and lose trust in the educational system.

“Middle school is a pivotal time because teens are navigating multiple teacher relationships while undergoing biological changes as they figure out levels of control and respect,” Okonofua says. “Basically, middle school records predict who will drop out of high school.”

Last year, Okonofua led a similar online psychological intervention for about 30 teachers in five California middle schools. The program, which involved reading student testimonials about their relationships with teachers, among other materials, is credited for halving suspensions in those schools.

His success caught the attention of Google’s computer science education team, which is keen to partner in innovative projects that bring more underrepresented groups into the tech workforce. The group decided to invest in Okonofua and his research team to help them reach more schools nationwide.

“Google and its partners want to reduce the harm that exposure to unconscious bias can have on long-term educational and labor-market outcomes for students in K-12 schools,” says Sepi Hejazi Moghadam, head of Google’s Computer Science Education Research and Evaluation division.

“By focusing on educators, we can help them become aware of their unconscious biases and learn how they can adjust their teaching practices to support diverse students’ learning, be it in computer science and STEM or in other fields,” he adds.

Concern about the rate of suspensions and expulsions ramped up in 2014 when the U.S. Education Department released data showing that black students were being suspended at three times the rate of white students. While that rate has gradually dropped, racial disparities in school discipline measures persist.

The son of a Nigerian-born economist and an African American nurse, Okonofua grew up in inner-city Memphis. Despite changing schools frequently, Okonofua was a star student taking AP courses.

At the end of ninth grade he was sent to a summer program at St. George’s School in Rhode Island, where he excelled academically and took on leadership roles.

St. George’s, a private Episcopal boarding school founded in 1896 on a hill overlooking the Atlantic Ocean, was a far cry from his schools in Memphis with their metal detectors and principals roaming the hallways with walkie-talkies.

Okonofua is 6-feet-2, broad-shouldered and athletic, and the football coach at St. George’s was keen to recruit him. But Okonofua had other plans: “I didn’t want to be on the athletic track,” he says.

His academic performance earned him a full-ride scholarship at St. George’s, followed by undergraduate studies at Northwestern University in Illinois, where he earned bachelor’s degrees in African American studies and psychology.

Among other subjects, he studied the psychological repercussions of juvenile detention. This led him to reflect on the racial disparity in discipline during his middle school years and, eventually, to hypothesize that teacher empathy instead of harshness might reverse high rates of suspensions and expulsions, particularly among minorities.

He moved out West to Stanford for his Ph.D. and co-authored a study in 2015 that found that teachers are more likely to view black students as troublemakers and discipline them more severely than their nonblack counterparts. The following year, as a postdoctoral fellow, he published an empathy intervention study, which he had led, that reduced suspensions in three school districts.

“I’m really excited by the possibilities of collaborating with Google’s education team on an innovative way to disrupt discipline problems and the school-to-prison pipeline that hinder black and Latino children from learning the foundations of math and science,” Okonofua says. “Together, we can potentially enhance equity in education outcomes and, in turn, equity in the workplace.”