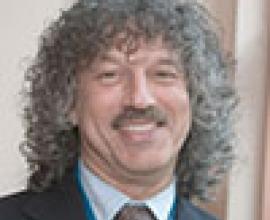 That was the question bugging UC Berkeley psychologist Robert Levenson in the 1980s when the U.S. divorce rate peaked at around 50 percent. So in 1989, he and fellow psychologists — John Gottman at the University of Washington and Stanford University’s Laura Carstensen — launched a longitudinal study of 156 middle-aged and older couples in the San Francisco Bay Area who had survived the slings and arrows of early wedlock, and were in it for the long haul.

Gene and Barbara Ferguson have been married 39 years and counting. They joined UC Berkeley’s couples study in the 1980s. (Video by Roxanne Makasdjian and Philip Ebener)

‘It was Berkeley, and the chance to be part of something big,” recalls Levenson about why the couples, recruited from senior centers, churches, fliers at BART stations and newspaper ads, joined the study. Each five years, the couples came to the Berkeley campus to share their marital ups and downs while researchers videotaped them and coded their conversations based on their facial expressions, body language, tones of voice and topics of discussion.

Today, the spouses are in their 60s, 70s, 80s and even 90s – a few have divorced, a few are on their second marriages, a few have died – and Levenson’s 25-year look at marriage in middle and late life is winding down. But the data will live on. Among other things, the study has found that couples who say “we” have a better shot at resolving conflict, that DNA is linked to marital satisfaction and that wives matter more when it comes to calming marital conflict.

Here’s what Levenson, 65, has to say about what he learned.

Does the story about long-term marriage have a happy ending?

But shouldn’t we be searching for passion, like in the movies?

Ah, that’s the folly of youth. It’s built into our DNA. We’re looking for that magic connection, that love connection. But it’s probably not the best way to find a life partner, and probably not a reasonable expectation.

What are the major sources of conflict in a typical marriage?

Communication. Wives often feel they’re emotionally alone in the relationship and husbands feel that their wives think they can’t do anything right. The other big point of disagreement is how to raise the children. Sure, there are crisis events, such as tension over finances or betrayals, but those are more scattered, more temporary. Communication and child-rearing are the enduring conflicts.

Why is child-rearing so hard on relationships?

After the birth of first child, the wife’s attention is focused on mothering, and the husband feels left out. It’s a very fertile time for affairs to occur. Couples spend a lot of time battling over the right way to raise their kids. The good news is that once the kids are raised, the parents are more on the same side. If they’re fortunate, they take pride in how the kids have grown and become independent, and if they’re not, they share concerns.

How easy is it to predict if a marriage will survive or not?

You’d think you’d be able to tell if a couple is happy or headed for divorce, but it’s not that easy. In a different study that we conducted in 2003, we showed videotapes of ten couples interacting to marriage therapists, pastoral counselors, lawyers, students, newlyweds, longtime married people and divorced people.

The ones who could best predict which couples were most likely to divorce were the pastoral counselors, the long-married people and those who had divorced. Marriage therapists and marriage researchers did the worst. I think they are overly attuned to marital problems. They tend to think everyone is unhappy. With the benefit of experience and having seen many marriages both good and bad, older spouses were quite good at this task.

Does the balance of power shift in older marriages?

For the older cohort – those who came to us in their 60s and are now in their 80s – we see interesting gender differences. The wives tended not to have been in high-stress professions and were younger and healthier than their husbands, and often became more powerful in the marriages. Women of that era were doing better in late life and taking on more responsibility. It remains to be seen if younger cohorts of women who are fully immersed in the workplace are as healthy in late life.

What was special about the study?

We always thought of the couples as the experts, the ones who had managed to buck the odds and get through the difficult early years of marriage. We would send them anniversary cards, tell them how the research was going. They got to see the videos of themselves talking about things that are important in their relationships. Some people died, and the surviving spouse would get in touch and ask if they could have copies of their videos. There was this strong bond between the laboratory and the participants. We tried to get them to feel they were part of this great adventure, and they were.