Face it. Our faces don’t always reveal our true emotions 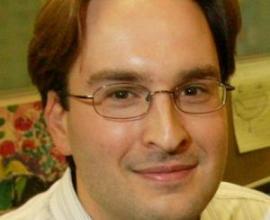 Actor James Franco looks sort of happy as he records a video diary in the movie “127 Hours.” It’s not until the camera zooms out, revealing his arm is crushed under a boulder, that it becomes clear his goofy smile belies his agony.

That’s because when it comes to reading a person’s state of mind, visual context — as in background and action — is just as important as facial expressions and body language, according to a new study from UC Berkeley.

The findings, published online this week in the journal Proceedings of the National Academy of Sciences, challenge decades of research positing that emotional intelligence and recognition are based largely on the ability to read micro-expressions signaling happiness, sadness, anger, fear, surprise, disgust, contempt and other positive and negative moods and sentiments.

Implications include the potential limitations of facial recognition software.

“Our study reveals that emotion recognition is, at its heart, an issue of context as much as it is about faces,” said study lead author Zhimin Chen, a doctoral student in psychology at UC Berkeley.

Researchers blurred the faces and bodies of actors in dozens of muted clips from Hollywood movies and home videos. Despite the characters’ virtual invisibility, hundreds of study participants were able to accurately read their emotions by examining the background and how they were interacting with their surroundings.

The “affective tracking” model that Chen created for the study allows researchers to track how people rate the moment-to-moment emotions of characters as they view videos.

Chen’s method is capable of collecting large quantities of data in a short time, and could eventually be used to gauge how people with disorders like autism and schizophrenia read emotions in real time, and help with their diagnoses.

“Some people might have deficits in recognizing facial expressions, but can recognize emotion from the context,” Chen said. “For others, it’s the opposite.”

Moreover, the findings, based on statistical analyses of the ratings collected, could inform the development of facial recognition technology.

“Right now, companies are developing machine learning algorithms for recognizing emotions, but they only train their models on cropped faces and those models can only read emotions from faces,” Chen said. “Our research shows that faces don’t reveal true emotions very accurately and that identifying a person’s frame of mind should take into account context as well.”

Study participants went online to view and rate the video clips. A rating grid was superimposed over the video so that researchers could track each study participant’s cursor as it moved around the screen, processing visual information and rating moment-to-moment emotions.

In the first of three experiments, 33 study participants viewed interactions in movie clips between two characters, one of which was blurred, and rated the perceived emotions of the blurred character. The results showed that study participants inferred how the invisible character was feeling based not only on their interpersonal interactions, but also from what was happening in the background.

In the final experiment, 75 study participants viewed clips from documentaries and home videos so that researchers could compare emotion recognition in more naturalistic settings. Again, context was as critical for inferring the emotions of the characters as were their facial expressions and gestures.