Congratulations to Robert Knight for being elected Fellow of the American Academy of Arts & Sciences! 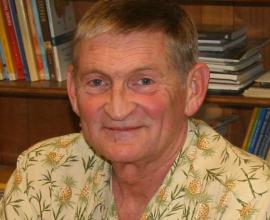 American Academy of Arts and Sciences elects 11 faculty as members

Eleven UC Berkeley faculty have been elected members of the American Academy of Arts and Sciences, the esteemed society of scholars, scientists, writers, artists, as well as civic, business and philanthropic leaders from around the world.

The new members bring the total number of Berkeley faculty so honored to about 250. The 11 are:

Jamie H.D. Cate, professor of biochemistry, molecular biology and chemistry in the departments of Chemistry and Molecular & Cell Biology. He is a leader in the field of ribosome function and translation.

Christopher J. Chang, the Class of 1942 chair in chemistry and a Howard Hughes Medical Institute investigator, develops novel small molecules to probe the roles of metals and oxidation chemistry in the normal brain as well as in aging and neurodegenerative diseases such as Alzheimer’s and Parkinson’s.

Roger W. Falcone, a professor of physics and the director of the Advanced Light Source X-ray synchrotron facility at Lawrence Berkeley National Laboratory. He is a leading expert on the interaction of intense and short-pulse light and X-rays with matter. He also is the incoming vice president of the American Physical Society.

Donald J. Mastronarde, a professor in the Graduate School and Emeritus Melpomene Distinguished Professor of Classical Languages and Literature. His research interests include Greek drama, Greek literature and Greek textual transmission. He was the founding director of the Bancroft Library’s Center for the Tebtunis Papyri.

Professor Vera Serganova, professor of mathematics. She conducts research on superalgebras and their representations.

Michael Witherell, the director of Lawrence Berkeley National Laboratory and a UC Berkeley professor of physics, is a leading particle physicist who formerly directed the Fermi National Accelerator Laboratory (Fermilab) in northern Illinois, the nation’s largest accelerator and a major center of high-energy physics research. He was named director of Berkeley Lab in January 2016, after having served as vice chancellor for research at UC Santa Barbara.

Katherine A. Yelick,  professor of Electrical Engineering and Computer Sciences and a leading researcher in the fields of high-performance computing and programming languages.

They are among 228 new AAAS members announced today. Founded in 1780, the AAAS is one of the country’s oldest learned societies and independent policy research centers. Members of the 2017 class include winners of the Pulitzer Prize and the Wolf Prize; MacArthur Fellows; Fields Medalists; Presidential Medal of Freedom and National Medal of Arts recipients; and Academy Award, Grammy Award, Emmy Award, and Tony Award winners.

“It is an honor to welcome this new class of exceptional women and men as part of our distinguished membership,” said Don Randel, chair of the Academy’s Board of Directors. “Their talents and expertise will enrich the life of the academy and strengthen our capacity to spread knowledge and understanding in service to the nation.”

The new class will be inducted at a ceremony on October 7, 2017, in Cambridge, Massachusetts.