Congratulations to Kevin Weiner who has won the W.M. Cobb Award in Morphological Sciences 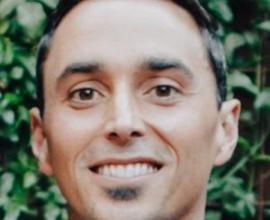 Originally established in 2008, the newly-named W.M. Cobb Award in Morphological Sciences recognizes investigators in the early stages of their careers who have made important contributions to biomedical science through research in the morphological sciences, as broadly defined, and have demonstrated remarkable promise of future accomplishments. One winner may be named each calendar year and receives recognition including a $1,000 honorarium and free membership in the Association, along with registration and travel support to attend the Annual Meeting at Experimental Biology where the award and plaque are presented.

Kevin was selected as the 2020 winner, and as noted in the American Association for Anatomy Newsletter:

Dr. Weiner has pioneered a fundamentally-new approach to human cognitive neuroscience focusing explicitly on linking brain function to brain anatomy. His multi-modal approach integrates anatomical and functional information across multiple scales of measurement to elucidate the principles by which the anatomical structure of the human brain gives rise to cognitive function.