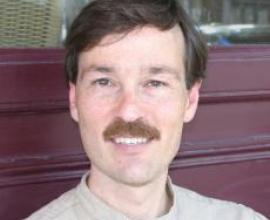 “So, why do we really need brain mapping?” asked Gallant during the Jan. 20 lecture, part of a series celebrating the 100th anniversary of Berkeley Psychology. “There’s a simple reason. And I like to describe this as brain metamers. The brain is a big place. There are 80 billion neurons. All of these neurons are connected together in very, very dense networks. There are hundreds of different brain areas. Each area has a 50% probability of being connected to another brain area. Information percolates around in the brain in these very complicated dynamical patterns and then it emerges in behavior.

“But behavior is a very low-dimensional signal relative to brain activity,” he continued. “So, you can have many, many different brain states that all lead to the same observed behavior. And the problem is, if you only have behavior to try to categorize people, you’re going to categorize people with very different brain disorders as in the same bin. And that is going to be a relatively weak way to diagnose people and a very relatively weak way to develop treatments, because it’s going to try to do a diagnosis or treatment that’s overly broad.

“It would be much better to be able to target individual patterns of brain activity and brain function to individual behaviors, in an individual subject level. And that’s really lacking currently. So, that’s my motivation for all of this and why I’m interested in it.”

Listen to the full lecture in Berkeley Talks episode 136: “Mapping the brain to understand health, aging and disease.”

See past and upcoming events celebrating the 100th anniversary of Berkeley Psychology.

Learn more about Gallant’s research at the Gallant Lab at UC Berkeley.