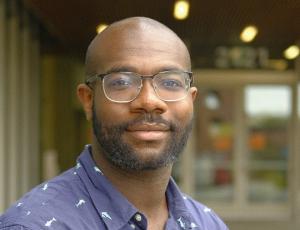 Jonathan Reeves is a PhD candidate in the Clinical Science program at the University of California, Berkeley. His research aims to better understand, predict, and treat self-harm, suicide, and the consequences of trauma. He is particularly interested in leveraging data on each individual’s day-to-day experience to build personalized models that can predict an individual’s behavior before it happens and provide real-time intervention.

While much of this work focuses on helping one individual at a time, Jon is also interested in the effectiveness of large-scale public health interventions that target these issues. Reeves’  research involves individuals using their smartphones to report on their thoughts, emotions, and behaviors multiple times per day over at least a two week period.

Jonathan and his team then use these data to build a model for each individual that helps them identify patterns in their day-to-day experience. “This tells us when they’re most likely to experience a given behavior long before it happens,” says Jonathan. “Once we know this, this will allow clinicians to intervene more quickly and precisely while also ensuring the care provided is best fit to that individual’s experience and need” 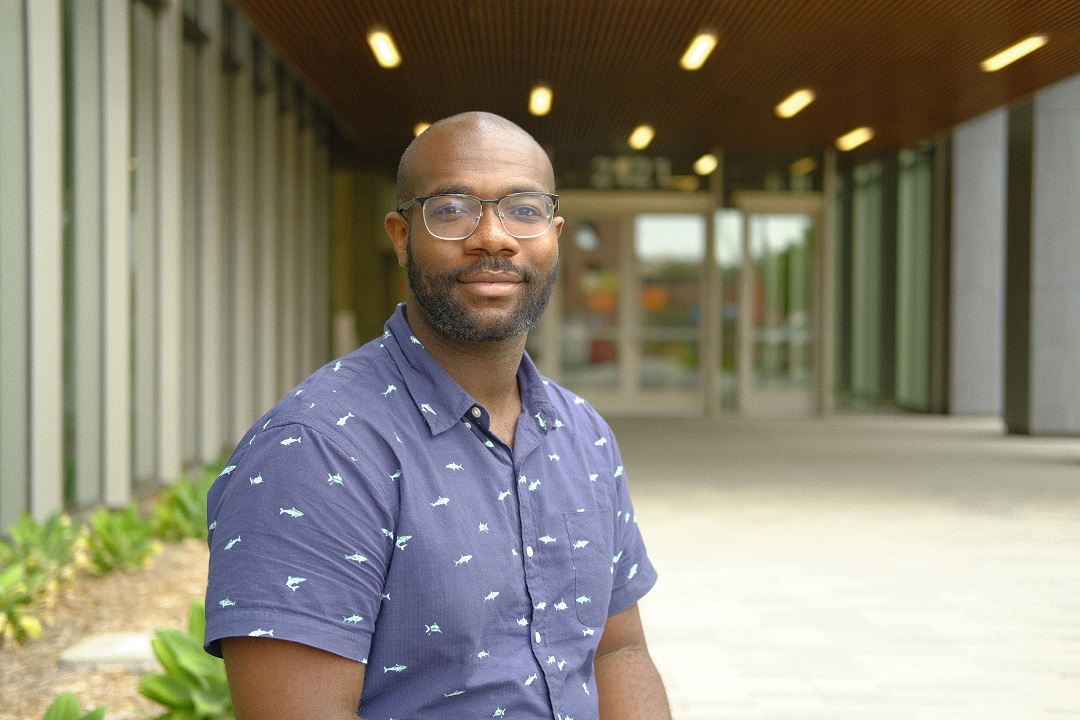 In your research, you work daily with individuals who suffer from trauma, post traumatic stress disorder (PTSD), and suicidal thoughts. How did you decide to focus on these topics?

My original interest in psychology was sparked by a close friend’s father, who was a social worker based in Cleveland, OH. As middle schoolers, he often encouraged us to step back and think about our thoughts and feelings, which was very novel for me at that age.

As for my interest in trauma and PTSD, strangely, I think that was sparked by Jon Stewart from The Daily Show. As I grew older and became more politically-aware, I stumbled on the show, became instantly enamored, and soon found myself staying up late each night to catch the latest episode. As someone growing up during the wars in Afghanistan and Iraq, I remember being particularly struck by his commentary about soldiers coming back from overseas with invisible scars and unable to truly reunite with their loved ones. Given my interest in psychology and the fact that my father is a Vietnam veteran, working to help people struggling with PTSD seemed like a good fit!

For suicide, that was more serendipity. As a third-year graduate student in UC Berkeley’s Clinical Science program, I was midway through my clinical practicum experiences. Although I was eager to begin working with individuals struggling with PTSD, I had to wait at least one more year until I was able to. So, rather than working directly with that population, I decided to expand my clinical skillset and began working with adolescents with emotional disturbances who were also struggling with self-harm. This ended up being a transformative experience that really ignited my interest in self-harm and suicide. It also helped me realize that people who are struggling with self-harm also tend to be people who have experienced significant trauma in the past, including violent crime victimization and sexual assault.

In your work, you write that the US suicide rate has been increasing massively, and that while we don’t know enough about how to prevent suicide, we know even less about “short-term risk for suicide.” Can you tell me what that is and why it’s important?

Yes! Short-term risk for suicide refers to risk for suicidal thinking or behavior over the course of several minutes, hours, or days. Most research on suicide instead focuses on risk for suicide over someone’s entire lifetime or over a year period. While this information is incredibly important to know, it falls somewhat short of what clinicians typically need in the room. When you’re working with an individual patient struggling with suicide, we’re less concerned with whether they’re someone who is likely to commit suicide in their lifetime or over a given year, but, instead, we want to know whether they’re likely to commit suicide in the hours or days after leaving our office. Even though we’ve long known that the factors that predict suicide risk over longer versus short time spans are likely not the same, the advent of smartphones has only recently given us the ability to really investigate short-term risk for suicide.

What’s new about this research? Are there currently any real-time interventions we can use to reduce the risk of suicide?

There are two major pieces of my work that are novel. First, this work is among the first of only a few studies that are specifically interested in examining short-term risk for suicide. In the study I’m running, we’re doing this by asking each individual to use their smartphone to tell us how intense their suicidal thinking is multiple times per day over the course of a two week period. This will give us a grasp on just how much suicidal thinking changes in its intensity over this period and help us understand, for each person, when it is most likely to be at its most intense. Second, this work is novel because it’s focused on predicting suicidal thinking on a “person-by-person” basis. By that I mean, we’re using data taken from each person to build a statistical model based on that specific individual’s experience. From there, we try to predict when that individual is most likely to engage in a certain behavior (in this case, that behavior is thinking about suicide).

Currently, there are actually no evidence-based real-time interventions that are able to reduce suicidal ideation. To explain a little more, this is because “real-time intervention” refers to an intervention that happens as you’re going about your day-to-day rather than something that happens only in a therapist’s office on a weekly basis. Now, thankfully, there are quite a few evidence-based interventions available for reducing suicidal ideation that involve going to a therapist’s office and meeting on a weekly basis. However, these don’t work for everyone and don’t cover those that either can’t afford therapy or simply don’t have access to a therapist who lives nearby.

This is part of why researchers have begun developing real-time interventions for suicidal thinking. Not only will this allow us to intervene and reduce suicidal ideation as you go about your day, but these will hopefully also help us reach those we couldn’t otherwise reach!

You describe the goal of your work as “moving us toward developing highly precise and individualized models of suicide risk.” Tell me what that would look like.

A highly precise and individualized model of suicide risk would be a model where, say, I’m a person who’s struggling with suicide and am just starting my day. I wake up, brush my teeth, and hop in my car to go to work. Then, suddenly, I receive a text message on my phone informing me that I’m in a “risk period” based on recent changes in my mood that were logged last night. I then immediately receive a follow-up message that recommends that I use a specific skill (say, deep breathing, positive imagery, etc) and then keep going about my day. That system would then continue to track me and recommend more skills I could use if it noticed I was still in that risk period later in the day.

So, it’s precise in that it would use information to tell you precisely when in a given day you’re most likely to have an experience we’re trying to change. Also, it’s individualized because it’s based largely on your specific experience. This is because whatever predicts that risky state for you may be completely unrelated to what predicts that state for someone else who is also struggling with suicide. So, this model would hopefully be able to tell you both when the state is going to happen and what factors are most likely to predict that for YOU!

Thus, this model is something we’d want to use to predict behavior on a case-by-case basis. However, I would also say this general approach - that is, using data collected from each individual over time to make accurate predictions about that individual’s behavior - is certainly an approach we hope anyone in society could use.

Do you have opportunities to collaborate with faculty and fellow students? What are your next projects?

I work very closely with several faculty members, a few graduate students, and even undergrads!

For faculty, I work most closely with Dr. Aaron Fisher, who is my PhD mentor. This is my main body of work, which is largely focused on making evidence-based treatments for PTSD and suicidality (that is, self-harm behavior and suicidal thinking) more precise. Currently, I’m also working on a project with Dr. Julianna Deardorff, an Associate Professor in the UC Berkeley School of Public Health. This project is focused on understanding risk factors of girls’ early pubertal timing and its consequences for their sexual health. This ties into my larger body of work on trauma as early life adversity has been shown to predict earlier timing of puberty in girls, which increases risk for sexually-transmitted diseases and sexual violence. Finally, I also work with Dr. Sabrina Darrow, an Assistant Professor in the UCSF Department of Psychiatry. This work focuses on identifying patterns in suicidal thinking and emotions that may predict suicide attempts among adolescents. This collaboration developed out of clinical work I began in my third year of my graduate training.

As for collaboration with other students, I work most closely with Esther Howe, a first-year graduate student in my lab that’s also interested in trauma and helping survivors of sexual assault. We’re currently working on a project aimed at better understanding who is most likely to develop PTSD following sexual assault. Our hope is that we can use this information to identify people who are at-risk for the worst outcomes and get them the care that they need as quickly as possible. I also work closely with another graduate student, Devon Sandel, on my main project aimed at better understanding how changes in suicidal thinking over several days may predict suicide attempts and other self-harm behavior. The hope for this project is that we can eventually create real-time intervention systems that can predict when someone is most likely to try to harm themselves and intervene beforehand. I often seek advice and support for my work from the rest of my lab (including Hannah Bosley, Peter Soyster, and Allison Diamond) and other members of my department!

Finally, in what little time I have left, I also mentor undergraduates through the UC Berkeley Office of Graduate Diversity’s Getting into Graduate School (GiGS) program. This program focuses on providing mentorship to students from underrepresented backgrounds in higher education who are interested in getting into graduate training programs! Much of my work here involves helping these students build up their resumes/CVs, navigate the often complicated graduate school application process, or just providing encouragement (it usually involves all three).