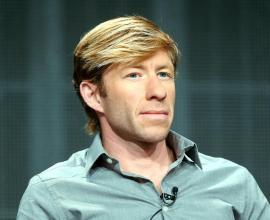 While UC Berkeley students may be notorious for staying up studying and messing up their sleep schedules, according to a study recently published by campus researchers, such sleeping habits could be detrimental to brain health if continued later in life.

A group of UC Berkeley researchers headed by campus neuroscience and psychology professor Matthew Walker published a study that found that elderly people who experience sleep disruption have elevated risk for memory loss, dementia and brain diseases such as Alzheimer’s. Joe Winer, one of the researchers and a campus graduate student, said they were aware sleep and memory both get worse with age and wanted to understand the interaction and relationship between sleep and memory decline.

Winer and other researchers at the Walker Sleep and Neuroimaging Laboratory were able to see clear differences in sleep of older and younger people after monitoring people’s sleep through an overnight electroencephalogram (EEG) recording. In addition, they used a functional magnetic resonance imaging (fMRI) and positron emission tomography (PET) scan to analyze sleep physiology and brain health of study subjects.

“We know older people get generally less sleep. It’s not that they need less sleep but that older people’s brains have changed so they cannot generate as much sleep as younger people,” Winer said.

Campus professor of psychology Rodolfo Mendoza-Denton — who was not involved in the research — expressed a similar sentiment, adding that this idea is prompted by a notion that older adults are less active and therefore don’t need as much sleep.

Older adults get less slow-wave sleep, or deep sleep, according to Winer. Slow-wave sleep is responsible for processes of memory consolidation, such as strengthening connections of an individual’s memories from previous day, and other bodily functions. Additionally, this stage of sleep is responsible for clearing out amyloid-beta plaques, the molecules in the brain associated with Alzheimer’s disease, according to Adam Krause, a graduate student in Walker’s lab.

Krause and Winer said that while pharmacological interventions are currently the most popular treatments for better sleep in older adults, this method of treatment is counterproductive. Krause explained that while pills like Ambien will put an individual to sleep, sedation and low brain activity do not mean quality sleep.

“What a lot of people will do is take pharmacological sleeping aid — we know sleep quality from these is not same as natural sleep,” Winer said. “What we really need are good treatments to help older adults get quality sleep.”

Instead of sleeping pills, researchers recommend behavioral interventions. Krause and Winer both cited cognitive behavioral therapy for insomnia, or CBT-I, as an example. According to the National Sleep Foundation, CBT-I consists of “regular, often weekly, visits to a clinician, who will give you a series of sleep assessments, ask you to complete a sleep diary and work with you in sessions to help you change the way you sleep.”

Krause said one of the biggest aims of the study is to highlight the fact that sleep is so crucial for health across the lifespan, through middle age and through aging. He added that for aging people at risk of dementia, getting them to sleep better before they start showing symptoms is a low-cost, low-risk intervention.

“This study continues an important wave of research that emphasizes sleep’s role on formation of memory and consolidation of information,” Mendoza-Denton said.