Tsk tsk, How The Wealthy Misbehave 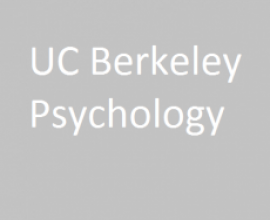 The study builds on five years of research by psychologists at the University of California, Berkeley. They argue that because upper-class individuals are raised with resources, freedom and privilege, they tend to focus on themselves, their desires and their self-expression. At the other end of the spectrum, lower-income Americans have to look outward and build bonds to survive – they do so by acting with altruism, empathy and compassion.

One of the telling investigations in the study looked at how rich people drive. “In two field studies on driving behavior, upper-class motorists were found to be four times more likely than the other drivers to cut off other vehicles at a busy four-way intersection and three times more likely to cut off a pedestrian waiting to enter a crosswalk,” UC Berkeley explains in a press release.

They also found that wealthy people are more like to lie in negotiation and even take candy from children.

Dr. Dacher Keltner, co-author of the study published in the “Proceedings of the National Academy of Sciences,” says their findings are very topical and important for today. “People are seeing the class divide as one of the most important social issues facing the country – as important as abortion – according to polls,” Keltner says.

That the wealthy are driven by self-interest may sound obvious, but there could be other explanations for their behavior. On the whole, “highly successful individuals display higher-risk temperaments,” says Michael Shermer, Executive Director of the Skeptics Society. He argues it's not a moneyed background that causes a Mercedes driver cut you off – it could be that he or she is simply less risk averse.

What have you experienced in your own life? Are lower-income Americans more ethical? Have any Bentleys blocked your way? What do you think explains unethical behavior? What could be the implications for public policy?

Michael Shermer, Founding Publisher of Skeptic magazine; Executive Director of the Skeptics Society; Author, "The Believing Brain: From Ghosts and Gods to Politics and Conspiracies – How We Construct Beliefs and Reinforce Them as Truths" (Henry Holt/Times Books/Macmillan);