To track how students ace the LSAT, watch their eyes 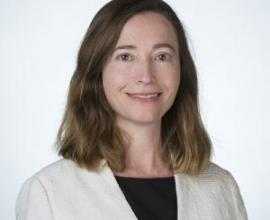 Their findings, published today in the Science of Learning, a Nature Partner Journal, make the case that eye movements, such as a fixed or shifting gaze, convey more information about the split-second computations we make during cognitively challenging tasks than neuroimaging technology.

“With eye tracking, we can literally watch the learning process in action,” said study lead author Silvia Bunge, a professor of neuroscience at UC Berkeley. “When the eyes dart around, the person is scanning for relevant information, and when the gaze is fixed on a particular image or piece of text, she or he is encoding information.”

“In this way, we could monitor their understanding and mastery of the materials, and detect whether they are having difficulty learning,” Bunge said.

Bunge notes that eye movements are closer to the speed of thought than any other behavioral indicators. By comparison, neuroimaging technology such as functional Magnetic Resonance Imaging (fMRI) cannot capture such speedy brain computations in real time.

For example, in the seven or so seconds, on average, that it took students in the study to solve a logical reasoning problem, researchers recorded at least 23 eye movements. Among other clues, ocular activity indicated which data students absorbed, or disregarded, to arrive at their conclusions.

The study builds on previous findings by Bunge and fellow researchers that track cognitive changes in students during mentally challenging learning tasks. For example, a 2012 study found that a three-month LSAT course strengthened the circuitry in the brain’s frontoparietal network and boosted the reasoning skills of two dozen young adults, compared to pre-law students who did not complete the course.

To follow up, a 2015 study tested young adults on a broader range of cognitive skills, including spatial problems, while inside an fMRI scanner. It showed that students activated the prefrontal cortex less strongly and performed the tasks more quickly and accurately after LSAT preparation, suggesting that they had less difficulty with the reasoning problems.

“However, knowing that a particular brain region is active isn’t enough to know for sure why a task got easier,” Bunge said. “So we developed a novel way to assess the brain mechanisms underlying learning using eye gaze patterns.”

By tracking their eye movements during these exercises, researchers developed a set of measures that indicated when students were shifting their attention or engaged in reasoning, and which particular cognitive skills improved with practice.

“We found that the biggest change associated with reasoning practice was reduced time spent encoding and integrating relevant pieces of information,” Bunge said. “Notably, we showed this boost in performance efficiency for reasoning tests that bore no resemblance to the LSAT problems.”

More broadly, she said, “These results should interest psychologists and neuroscientists who study learning mechanisms and/or higher cognitive abilities, as well as education researchers studying learning in real-world contexts.”

Belén Guerra-Carrillo, a Ph.D. student in psychology at UC Berkeley, is a co-lead author on the study.