Take a bow, freshman improv grads: You slayed it 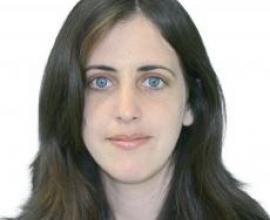 Undergrads, if you’re willing to set aside your mobile devices, embarrass yourself in front of strangers and take one for the team – personal glory be damned – here’s a class for you.

Psych 24 is a one-unit, pass/no pass UC Berkeley freshman seminar that uses madcap improvisational theater to teach about the science of the human mind.

It just wrapped up its sixth semester and, fingers crossed, the course will be back in the spring – if a campus space for it can be found.

By most accounts, a fitting soundtrack for the seven-week course would be Queen’s “Don’t Stop Me Now.”

“This is one of those classes where you forget about everything else. It’s fun, but you can’t be half-assed about it,” says Nandini Rajgopal, a freshman in bioengineering. “I really love the community that was created here.”

Like Rajgopal, many of this fall’s Psych 24 graduates are headed for such STEM majors as computer science, astrophysics and molecular and cell biology. So it was no small feat for them to act out abstract psychological concepts like attention, object permanence, theory of mind, emotion and status.

And they slayed it.

“I want to thank you all for being so brave,” says class co-instructor Adrian Vazquez, his voice cracking with emotion at the group’s final sharing circle.

“Folks, can we make a group chat?” pleads Rajgopal. “Because, I don’t know, I like all you guys.”

Immediately, a group of freshmen in ripped skinny jeans, sweats, sneakers and variations thereof pull out their smartphones and huddle to exchange contact information.

Focus on play, not GPA

Vazquez and UC Berkeley psychology professor Sonia Bishop, both regulars on the Bay Area improv circuit, have been tag-teaming Psych 24 since spring 2016 to immerse students in psychology concepts that can be hard to grasp in a lecture setting.

“Who wants to be a sponge sitting there when you can swim around in it?” says Vazquez, who has been doing improv since he was 15 and currently performs with his troupe Jurassic Pope, among other ensembles.

Each week, after a brief lecture from Bishop, Vazquez leads the class in vocal and physical warmups followed by sketches that demonstrate the psychology topic of the day.

To learn about divided attention, for example, students bob up and down while singing “Happy Birthday” and talk about times they were injured. To act out different emotions, they sit in a pretend carpool and parrot the mood of each rider they pick up.

And to experience how power and status influence the way we treat each another, they hold a mock boardroom meeting and flatter or insult each other based on whether they randomly drew a high- or low-value playing card.

“Instead of being lectured about how people can be more dominant or more submissive, you get to experience the concept of status firsthand by acting it out,” says Emily Nodal, a freshman in environmental sciences.

Of course, not everyone who enrolls in Psych 24 is immediately on board with improv, though skeptics eventually let down their guard.

“I remember one student who started off making fun of one of the exercises, and I wasn’t sure if he would be willing to be vulnerable enough to get anything out of the class, “Bishop recalls.

“But by the end, he did a really sweet and funny scene where he deliberately played up his character’s weaknesses rather than strengths for comedic purposes.”

Whether there’ll be a room for Psych 24 on campus next semester remains to be seen. The new Berkeley Way West building that houses the psychology department can only provide classrooms for graduate classes, so a search is on for a space elsewhere on campus.

Looking for a home

Bishop is cautiously optimistic that something will turn up. Eventually, she hopes to expand Psych 24’s syllabus, and to open it to more than just freshmen so that students at all levels can absorb new concepts while letting loose their inner jokesters and thespians.

“We watch students move from isolated texting on phones during breaks to building a supportive community within a matter of weeks,” Bishop says. “It’s a great model for fostering a positive approach to learning.”

A graduate of the University of Oxford in the U.K. and an expert on the neural mechanisms of anxiety disorders, Bishop grew up watching such British sketch comedy classics as Monty Python’s Flying Circus.

She got involved in improv in 2015 to escape from the stress of coming up for tenure and losing her father in the same year.

At theatrical venues like Oakland’s All Out Comedy Theater and San Francisco’s Endgames Improv, she met Vazquez, a sharp-witted, fast-talking Bay Area native with a goofy grin.

For a while they were in the same improv troupe and would discuss how theatrical improvisation and psychology concepts could come together as a teaching tool.

In Psych 24, Vazquez likes to fill awkward pauses with such words of encouragement as “cool” and “awesome,” and is a veritable virtuoso at keeping the students engaged and picking up skills he believes will serve them well in their future careers.

“In so many workplaces nowadays, you’re not flying solo, but building things together, so you have to figure out other people’s priorities, and what they want,” he says.

Plus, the instant camaraderie can provide a refuge for newcomers to UC Berkeley who are overwhelmed by academic pressures and the sheer size of the campus.

“With improv, you’re only as good as your weakest player,” says Nodal, who performed theater in high school in Upland, California, and joined the campus’s Best Laid Plans student improv troupe when she got to Berkeley.

“It’s all about making each other look good, which is something that doesn’t always apply in regular academic classes where it’s all about your personal grade,” she says.

For most students who signed up this fall for Psych 24, this was their first improv rodeo.

“It definitely pushed me out of my comfort zone,” says freshman Michael Savides, a San Diego native taking classes in molecular and cell biology with an eye on premed studies.

At first Savides was wary about putting himself out there, but once he got over his initial stage fright, improv became the class he looked most forward to.

“It’s really nice, after a busy day, to know that you’ll be having fun with a supportive, caring group of people, and learn a lot of cool things about psychology,” he says.

Yongming Ge, a computer science major from China, initially found the class hard to follow as a non-native English speaker. But by acting out psychology concepts, he caught on quickly and improved his English language skills.

“It changed me,” Ge says. “I feel I can understand so many more things.”

At their last improv class, Ge and his classmates review the gamut of psychological constructs they learned. Then, after some warmups, they dive headlong into a series of zany scenes and characters.

Leaping around and laughing uproariously, they couldn’t differ more from the muted, smartphone-transfixed students who showed up the first day of class.

“All of those other times during the week, I am working on computer science,” Ge says after the final sharing circle. “But when I’m in this class, I can forget all of those things and just be myself, and do something different.”