Stereotypes persist that class and privilege determine intellect and success 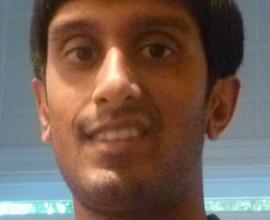 A meritocracy holds that if you work hard enough, you can succeed in life, regardless of race, religion, gender or social status. But a new study from UC Berkeley suggests that, despite egalitarian efforts to downplay class as a forecaster for intelligence and achievement, many people still believe their destiny is tied to their station in life.

The UC Berkeley study looked specifically at attitudes in India to the Hindu caste system. It found that children and adults who were more influenced by caste were also more likely to believe that their own natural aptitude, academic success, and personality traits were fixed or set in stone.

The results suggest that while education, technology and new money are promoting social mobility and replacing old hierarchies in countries like India, gut feelings about how far we can transcend the circumstances of our birth and upbringing remain firmly entrenched. This mindset is particularly true of teenagers and adults, according to the study published this month in the journal, Developmental Science.

“This is one of the first studies to show a real link between a cultural system of social stratification and how we view our own life’s possibilities,” said UC Berkeley psychologist Mahesh Srinivasan, lead author of the study.

The results indicate the need to instill in children a “growth mindset” about their intellectual abilities rather than a fixed one because, as the study notes, people who believe that intelligence is fixed are more likely to avoid challenging problems.

“If you believe your ability is fixed and you do badly on a math test, you can just tell yourself that you’re bad at math and shouldn’t have to study any more,” Srinivasan said. “But if you believe your ability is flexible and can be improved with effort, then you may decide that you would have succeeded if you had studied harder such that you’ll be more likely to do better in the future.”

For the study, more than 300 children and adults from a wide-range of socio-economic backgrounds in India were surveyed about their views on education, social activities and interactions, and marriage and career prospects, among other things. Specifically, they were polled on their willingness to talk to people of other castes, accept food from them, befriend them, hug them, invite them to their homes, let their children play with them, employ them or work for them, and marry them.

Regardless of whether they belonged to India’s ruling class, middle class, working class or underclass, teenagers and adults consistently showed that the more they believed that caste is important, the more rigid were their ideas about their own intelligence, personality and ambitions.

Traditionally, Indian society has been divided into four main castes into which Hindus are born: the priestly Brahmins, the warrior Kshatriyas, the merchant Vaishyas, the laborer Shudras and, additionally, the untouchable Dalits, renamed “Harijan” or “children of God” by Mahatma Gandhi.

Since 1950, discrimination based on caste in India has been outlawed, yet the study still found that many participants perceive caste to be an active form of social stratification. The findings build on a previous study published by Srinivasan and fellow researchers that showed that by the third grade, children in India show implicit biases toward members of higher castes.

“If caste is a central lens though which children view their social identity it may have a pervasive effect on their attitudes and predict not only how children view the status and achievement of members of different caste groups, but also how they view their own attributes,” this latest study points out.

Children in the study were recruited from two English-language elementary schools in Gujurat, India, and were aged between 7 and 18. The adults were surveyed online and nearly half self-identified as “Other Backward Class,” a government designation that entitles members of lower castes to preferential treatment when applying for jobs in the public sector or in higher education.

The surveys asked participants to indicate how strongly they agreed or disagreed with such statements as: “I can change how smart I am by working hard and studying a lot” (intelligence); “The kind of person someone is cannot be changed very much” (personality); “If a low caste child works hard, they can accomplish as much in life as a high caste child” (social mobility); and “People have complete control over life’s decisions” (free will).

Both adults and children believed that members of low castes would be more willing to interact with people from high castes than vice versa. A key predictor in the survey was the importance of caste in shaping decisions about whom to wed, which fits with reports that caste is still a prominent force in the choice of marriage partners, Srinivasan said.

“These findings suggest that the culture in which a child is raised may shape wide-ranging beliefs about the nature of their own abilities, traits, and life possibilities,” Srinivasan said. “We hope that by raising awareness of how cultural messages may affect individual mindsets, we can develop interventions to promote better life outcomes for individuals across socioeconomic strata.”

In addition to Srinivasan, authors and researchers on the study are Yarrow Dunham at Yale University, and Catherine Hicks and David Barner at the University of California, San Diego. The study was funded by a grant from the James S. McDonnell Foundation.