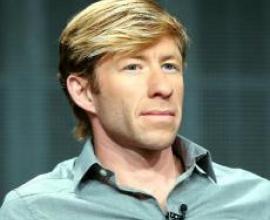 When we’re in pain, we have a hard time sleeping. But how does poor sleep affect pain? For the first time, UC Berkeley scientists have answered that question by identifying neural glitches in the sleep-deprived brain that can intensify and prolong the agony of sickness and injury.

Their findings, published Jan. 28 in the Journal of Neuroscience, help explain the self-perpetuating cycles contributing to the overlapping global epidemics of sleep loss, chronic pain and even opioid addiction.

“If poor sleep intensifies our sensitivity to pain, as this study demonstrates, then sleep must be placed much closer to the center of patient care, especially in hospital wards,” said study senior author Matthew Walker, a UC Berkeley professor of neuroscience and psychology.

By applying uncomfortable levels of heat to the legs of two dozen healthy young adults — while scanning their brains — Walker and UC Berkeley Ph.D. student Adam Krause found that the neural mechanisms that pick up on pain signals, evaluate them and activate natural pain relief are disrupted when operating on insufficient sleep.

While researchers proved their hypothesis that sleep deprivation would increase pain sensitivity — as demonstrated by an amped-up response in the brain’s somatosensory cortex — what surprised them was ramped-down activity in the nucleus accumbens, a region of the brain’s reward circuitry that, among other functions, increases dopamine levels to relieve pain.

“Sleep loss not only amplifies the pain-sensing regions in the brain, but blocks the natural analgesia centers, too,” Walker said.

Another key brain region found to slow down in the sleep-deprived brain was the insula, which evaluates pain signals and places them in context to prepare the body to respond.

“This is a critical neural system that assesses and categorizes the pain signals and allows the body’s own natural painkillers to come to the rescue,” said Krause, lead author of the study and a doctoral student in Walker’s Center for Human Sleep Science lab at UC Berkeley.

Respondents were asked to report their nightly hours of sleep as well as their day-to-day pain levels over the course of a few days. The results showed that even minor shifts in their sleep and wake patterns were correlated with pain sensitivity changes.

“The results clearly show that even very subtle changes in nightly sleep — reductions that many of us think little of in terms of consequences — have a clear impact on your next-day pain burden,” Krause said.

For the experiment, researchers recruited 25 healthy young adults who did not suffer from sleep or pain disorders.

Study participants rated their thermal pain on a scale of one to 10 and reported, on average, thermal discomfort at around 111 degrees Fahrenheit (roughly 44 degrees Celsius).

Then, having established each participant’s baseline pain sensitivity after a full night’s sleep, researchers were able to compare how that threshold changed by repeating the procedure on subjects after a sleepless night. They found that the vast majority of sleep-deprived subjects reported feeling pain sooner, at around 107 degrees Fahrenheit.

“Across the group, they were feeling discomfort at lower temperatures, which shows that their own sensitivity to pain had increased after inadequate sleep,” Krause said. “The injury is the same, but the difference is how the brain assesses the pain without sufficient sleep.”

Meanwhile, brain imaging after a sleepless night showed marked increases in activity in the somatosensory cortex and deactivation in the nucleus accumbens and insular cortex, signaling malfunctions in the neural mechanisms that manage physiological responses to painful stimuli.

“The optimistic takeaway here is that sleep is a natural analgesic that can help manage and lower pain,” said Walker, author of the bestseller Why We Sleep. “Yet ironically, one environment where people are in the most pain is the worst place for sleep — the noisy hospital ward.”

Walker’s goal is to work with hospitals to create more sleep-friendly inpatient facilities.

“Our findings suggest that patient care would be markedly improved, and hospital beds cleared sooner, if uninterrupted sleep were embraced as an integral component of healthcare management,” he said

Here's the link to the news on news.berkeley.edu