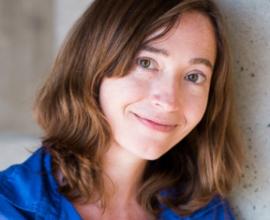 When it comes to getting out of a tricky situation, we humans have an evolutionary edge over other primates. Take, as a dramatic example, the Apollo 13 voyage in which engineers, against all odds, improvised a chemical filter on a lunar module to prevent carbon dioxide buildup from killing the crew.

UC Berkeley scientists have found mounting brain evidence that helps explain how humans have excelled at “relational reasoning,” a cognitive skill in which we discern patterns and relationships to make sense of seemingly unrelated information, such as solving problems in unfamiliar circumstances.

Their findings, reported in the Dec. 3 issue of the journal Neuron, suggest that subtle shifts in the frontal and parietal lobes of the brain are linked to superior cognition. Among other things, the frontoparietal network plays a key role in analysis, memory retrieval, abstract thinking and problem-solving, and has the fluidity to adapt according to the task at hand.

“This research has led us to take seriously the possibility that tweaks to this network over an evolutionary timescale could help to explain differences in the way that humans and other primates solve problems,” said UC Berkeley neuroscientist Silvia Bunge, the study’s principal investigator.

“It’s not just that we humans have language at our disposal. We also have the capacity to compare and integrate several pieces of information in a way that other primates don’t,” she added.

In reviewing dozens of studies – including their own – that use neuroimaging, neuropsychology, developmental cognitive and other investigative methods, Bunge and fellow researchers concluded that anatomical changes in the lateral frontoparietal network over millennia have served to boost human reasoning skills.

“Given the supporting evidence across species, we posit that connections between these frontal and parietal regions have provided the necessary support for our unique ability to reason using abstract relations,” said Michael Vendetti, co-author of the study and a postdoctoral researcher in neuroscience at UC Berkeley.

Relational reasoning is a high-level cognitive process in which we make comparisons and find equivalencies, as one does in algebra, for example. First-order comparisons identify the relationship between two items or activities in the following ways: semantic (hammer is used to hit a nail); numeric (four is greater than two); temporal (we get out of bed before we go to work) or visuospatial (the bird is on top of the house). Second-order or higher-order comparisons take this a step further by equating two or more sets of first-order relations (a chain is to a link as a bouquet is to a flower).

To test their hypothesis that the human gift for relational reasoning can be traced to developmental and evolutionary changes in the brain’s lateral frontoparietal network, the researchers examined studies that track anatomical changes in the developing human brain; compare neural patterns in human and non-human primates, and compare how human and non-human primates tackle various reasoning tasks.

In looking at brain development, they found that “synaptic pruning,” which usually takes place in adolescence when white matter replaces gray matter and signals between neurons speed up, was more evident in the inferior parietal regions of the brain.

Also crucial to their finding was a study led by Oxford University neuroscientist Matthew Rushworth that compared neural patterns in humans and macaque monkeys. While human and non-human primates were found to share similarities in the frontal and parietal brain regions, activity in the human rostrolateral prefrontal cortex differed significantly from that of the macaque monkey’s frontal cortex, the study found.

“We had hypothesized that there could have been evolutionary changes to this region to support our reasoning ability, so we were really excited when Rushworth and his colleagues came out with these findings,” Vendetti said.

Meanwhile, in the behavioral studies they analyzed, humans were found to use higher-order strategies to guide their judgment while non-human primates relied more heavily on perceptual similarities and were slower at reasoning and problem-solving.

“These results do not necessarily prove that non-human primates are unable to reason using higher-order thinking, but if it is possible to train non-humans to produce human-like performance on tasks associated with higher-order relational thinking, it is certainly not something that comes naturally to them,” the study concluded.

Overall, Bunge said, “The findings allow us to gain insights into human intelligence by examining how we got to where we are by examining our changes across both evolution and development.”