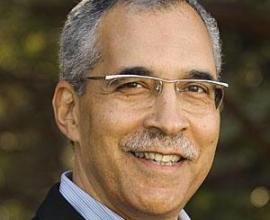 Social Psychologist Claude Steele has been awarded the Scientific Impact Award by the Society of Experimental Social Psychology (SESP) along with Joshua Aronson of NYU/Steinhardt.

The Scientific Impact Award is intended for “a specific article or chapter offering a theoretical, empirical, and/or methodological contribution that has proven highly influential over the last 25 years.” Claude Steele and Joshua Aronson won the award this year for their 1995 article entitled "Stereotype threat and the intellectual test performance of African Americans," published in the Journal of Personality and Social Psychology. The paper has been cited, according to Google Scholar, over 4729 times.

The Society of Experimental Social Psychology (SESP) is a scientific organization dedicated to the advancement of social psychology. Typical members are Ph.D.s in social psychology, working in academic or other research settings. One of the main ways that SESP furthers its goal is by holding an annual meeting in the Fall of each year. The 2016 meeting was held in Santa Monica, CA, September 29-October 1.