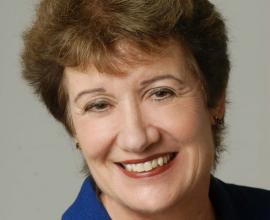 An independent feature film, set for theatrical release this month (New York on July 15, San Francisco on July 24), dramatizes the story of a research study that recreated a prison setting in August 1971. UC Berkeley’s Christina Maslach, professor emerita of psychology, is well-qualified to talk about the Stanford Prison Experiment and the new film of the same name. She was there.

The experiment was designed to test how anti-social behaviors can develop in prisons and prison-like settings – whether due to personality traits of prisoners and guards or social factors such as rules, roles and group identity. For the purposes of the study, 24 young men assumed the roles of prisoners and guards, conducted in a mock jail in a campus basement. A then-Stanford student who had just finished her Ph.D. (and had just been hired by Berkeley), Maslach became disconcerted by abusive behavior she observed, and persuaded Stanford professor Philip Zimbardo to end the study early. The NewsCenter spoke recently with Maslach – who later married Zimbardo – about the forthcoming film and now-famous experiment. A renowned expert on job burnout who recently retired from teaching, Maslach co-edits the peer-reviewed e-journal Burnout Research, which she helped found, and is part of the campus’s Healthy Workplaces Interdisciplinary Center.

Newscenter: For a social-science study to inspire a feature film – that doesn’t happen every day. Why the Stanford Prison Experiment?

Christina Maslach: There’s always been a tremendous interest in the study – what happened, why and what can we learn from it. Analyses of the prison experiment have gained traction over the years – so that more and more people are familiar with it, and it’s taught in psychology courses. The Stanford Prison Experiment took place in 1971, and there’s been a long history, 40 years’ worth, of people saying “we should do a film.”

How did you learn that this new psychological thriller was in the works?

Fourteen or 15 years ago the producer Brent Emery contacted Phil about doing a film that would be true to what actually happened in the experiment. He wanted to get really good, young actors – not yet well-known – to play the prisoners and guards. And he needed to find a director who could develop an exciting vision for the film. He eventually enlisted Kyle Patrick Alvarez as director – who I understand, from his reception at Sundance this year, has done some brilliant work.

The script won the Waldo Salt Screenwriting Award at Sundance. What sources did it draw upon?

In 2007 Phil published a book, The Lucifer Effect, a good chunk of which is a day-by-day account of what happened during the experiment, based on the transcripts. The scriptwriter used a lot of the dialogue from the book, as well as from post-interviews with participants – prisoners and guards – many of which are available on YouTube. It’s not a 100 percent match; sometimes it works to have a different character say a particular line.

Did you observe any of the filmmaking?

Phil got to go down to watch the last few days on the set, in L.A. He met Billy Crudup, who plays him, and Olivia Thirlby, who plays me. I was able to go down later for the wrap party, where I met a number of actors who played prisoners and guards.

How true-to-life is the movie version?

Does the movie replicate exactly what happened? No. Because the experiment took place over five or six days, and the movie is two hours. So they had to condense. But does it capture the essence of what happened? It does. It’s not a documentary, but it’s true to the experience.

Where does it most diverge?

The ending. In the film, Phil and I have a brief fight and I disappear. Then Phil goes back in to the prison, watches what is happening on the videotapes, and decides to end the study.  But what happened in real life is that Phil and I had this huge, long fight that night. And finally he said “You’re right. I’m stopping it now.” So he had already made the decision to stop the study by the time he had returned to the prison.

How was it that everyday kind of guys, deliberately selected for being healthy and more or less “normal,” could so quickly recreate abusive prison conditions?

Part of what happened, I think, is that it evolved over time. Every day a little bit more happened to make it more prison-like, and people took on their roles as prisoners and guards with greater gusto. It was only if you came in fresh, as I did toward the end, that you could see the situation more clearly.

When Abu Ghraib happened, was there an uptick of interest in the experiment? Christina Maslach and Philip Zimbardo at the time of their marriage, shortly after the Stanford Prison Experiment

Definitely. We were inundated with requests for interviews. There was a lot of “Aha! This is what the study was saying.”

The Americans involved in Abu Ghraib – they were reservists who hadn’t been specifically trained to be soldiers or guards, who were not being supervised, who were told basically “Do what you have to do to get them ready to confess.” You look at their backgrounds, you would never have predicted that they’d have been involved in such abuses. Phil was called to testify and given access to all the photos. It’s more than Abu Ghraib; it’s happened in other places.

The film also received a Sloan prize for the depiction of science in a feature film. How has the Stanford Prison Experiment affected the practice of social science?

Part of the response from the scientific community has been, in general, to make it tougher to do research that involves more realistic behavior – research where you observe what people actually do in a situation, not what they say they would do.

There are also things that haven’t happened. For studies like this that can go on for a while, you need someone disinterested, a designated ombudsperson, to check how things are going and, if necessary, say “I think we’ve had enough.” I would argue that this still hasn’t been made part of the standard research procedure.

Is there a connection between the themes of the prison study and your work on job burnout?

In social psychology, which is my area of training and Phil’s, we’re interested in the individual (that’s the psychology) in a social context. What is it about the environment you’re in that affects the choices you make and how you behave?

With job burnout, what we’ve been finding is a lot of that. So it’s not that people are experiencing burnout because they’re weak, or don’t know how to cope with life, or have mental problems. They are dealing with a social environment, in their workplace, that is creating certain kinds of stressors and constraints.

How has the notoriety around the prison experiment, and your role in it, affected you personally?

As more people heard the story of how it ended, I started getting known and introduced as the heroine who stopped it – big applause. But the take-home message is complex. It’s not a simple black-white, evil-good. Good, average people got sucked into a situation. Situational factors are an important part of why people end up crossing some lines.