Paralyzed by indecision? Forget therapy. You need an algorithm 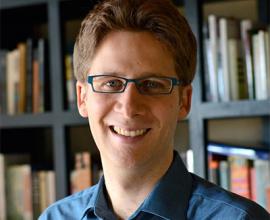 Information overload and “fear of missing out” may rank among the biggest contributors to chronic indecision. But help is at hand. New book offers algorithms in an era of too many choices and too little time.

A new book by Tom Griffiths, a UC Berkeley cognitive scientist, and acclaimed author and computer scientist Brian Christian combines the best of computer science and human intuition to head off an epidemic of too many choices and not enough time.

Algorithms to Live By: The Computer Science of Human Decisions (Henry Holt and Company, 2016) argues that a successful algorithm is one that focuses on what matters, minimizes regret and does not waste precious time.

“Every harried renter, driver and suitor you see around you as you go through a typical week is essentially reinventing the wheel,” the book’s introduction points out. “They don’t need a therapist; they need an algorithm.”

While algorithms are typically associated with computers, they’ve been used by humans for thousands of years to lay out a series of steps to solve a problem or create something, like a recipe. “We wanted to reclaim the notion that humans use algorithms,” Griffiths says. The book cites examples of decision-making quandaries faced by everyone from naturalist Charles Darwin (how to choose a wife) to pop singer Katy Perry (how to handle her 82 million Twitter followers).

One helpful and statistically proven strategy highlighted in the book is the “37% Rule,” just one example of an “optimal stopping” problem. These algorithms are designed to limit the time spent deciding whom to date, where to live, what job to take and even where to park.

For example, if you give yourself a month to find an apartment, the 37 percent rule holds that you should spend 11 days (37 percent of your time) exploring what’s out there without a checkbook in hand. After that, you should put down a deposit on the first place that beats what you previously viewed.

It’s a tactic recommended for apartment-hunting in the uber-competitive Bay Area, where you need every edge you can get, Griffiths says.

The same rule applies to screening potential job candidates or finding lasting love — though the authors include several cautionary tales of scientists optimizing their love lives, with mixed results.

Friends for more than a decade, Griffiths and Christian, author of the bestseller The Most Human Human, teamed up for the project after discovering they both wanted to write the same book.

One of the book’s key messages is that we humans are smarter than we may think. Take that pile of papers on your desk. At the top are the ones you probably use the most. According to the “Least Recently Used” principle, outlined in Algorithms to Live By, the papers at the bottom of the pile can probably be trashed.

As for an algorithm for finding the ideal parking space, it’s one that “optimizes a precise balance between the sticker price of the space, the time and inconvenience of walking, the time taken seeking the space and the gas burned in doing so,” according to the book.

Now that’s a Bay Area algorithm to live by.