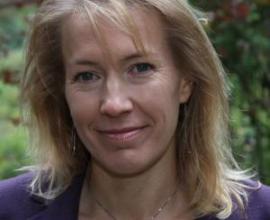 Teenagers and adults who go to bed late on weeknights are more likely to gain weight than their peers who hit the hay earlier, according to a new study from UC Berkeley that has found a correlation between sleep and body mass index. Berkeley researchers analyzed longitudinal data from a nationally representative cohort of more than 3,300 youths and adults, and found that for every hour of sleep they lost, they gained 2.1 points on the BMI index. This gain occurred roughly over a five-year period.

Moreover, exercise, screen time and the number of hours they slept did not mitigate this BMI increase, according to the study published in the October issue of the journal Sleep.

“These results highlight adolescent bedtimes, not just total sleep time, as a potential target for weight management during the transition to adulthood,” said Lauren Asarnow, lead author of the study and a doctoral student in UC Berkeley’s Golden Bear Sleep and Mood Research Clinic.

BMI is the measure of a person’s weight in kilograms divided by the square of height in meters.  A healthy adult BMI range is estimated to be 18.5 to 24.9.

The Berkeley study analyzed data from the National Longitudinal Study of Adolescent Health, which has tracked the influences and behaviors of U.S. teenagers since 1994. Focusing on three time periods — the onset of puberty, the college-age years and young adulthood — researchers compared the bedtimes and BMI of teenagers from 1994 to 2009.

Adolescents in the study reported their bedtimes and sleep hours while researchers calculated their BMI based on their height and weight.

Surveys show that many teenagers do not get the recommended nine hours sleep a night, and report having trouble staying awake at school. The human circadian rhythm, which regulates physiological and metabolic functions, typically shifts to a later sleep cycle at the onset of puberty.

The results of the study thus suggest that adolescents who go to bed earlier will “set their weight on a healthier course as they emerge into adulthood,” Asarnow said.

Asarnow is a researcher on UC Berkeley’s Teen Sleep Study, a treatment program designed to reset the biological clocks of adolescents who have trouble going to sleep and waking up. She is also currently an intern in psychiatry at the University of North Carolina.

In addition to Asarnow, co-authors on the study are Allison Harvey at UC Berkeley and Eleanor McGlinchey at Columbia University.