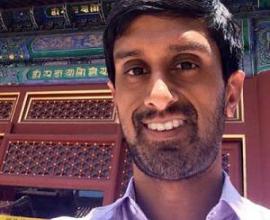 In a region of India with a long history of tension between Hindus and Muslims, children of different faiths are showing unexpected tolerance for one another’s religious beliefs and customs, according to a new study led by UC Berkeley psychologist Mahesh Srinivasan.

Researchers surveyed approximately 100 Hindu and Muslim children aged between 9 and 15 at two different schools in Gujarat, India, the site of violent Hindu-Muslim conflict in 2002.

“Children recognize that the norms of one religion—such as the Hindu prohibition against eating beef or the Muslim custom to fast during Ramadan—don’t apply to members of another religion,” said Srinivasan, the study’s lead author and an assistant professor of psychology at UC Berkeley.

“The study provides some hope that children raised in a region with a history of communal conflict can nevertheless develop tolerant attitudes and respect for other religious practices,” Srinivasan said. “There has been alarming violence in recent years in India stemming from religious differences, such as whether it’s okay to eat beef. Our findings provide hope that such conflicts could subside over time.”