Happily ever after? Your genes help determine the answer 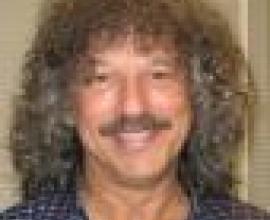 It may be that an ingredient that determines whether your marriage is bliss on earth or a living hell is in your genes. Weirder still, it’s the same gene for both.

Everyone has a gene that helps regulate the neurotransmitter serotonin. On this gene, there’s a region known as 5-HTTLPR (which, if you try to pronounce it, sounds like a gang of Nazi cats), comes in two main alleles, short and long. When you end up with the short version, you end up with a just slightly longer exposure to serotonin, which, among many other functions, helps to regulate emotion. In studies, this short version has been linked to stronger reactions to emotional stimuli. In other words, carriers of this genetic code feel their feelings a bit more.

(No word as of yet on whether short-allele carriers are any more likely to write poetry, make mixtapes for other people or call into talk radio shows.)

How does this play out in marriage? A study conducted at Cal and published online this month in the journal Emotion suggests that people with two copies of the short allele are much more sensitive to the emotional currents in their marriage and over the years are more likely to experience their marriages not as average, but as either bliss or misery.

This study is part of a larger longitudinal one conducted by UC Berkeley psychologist Robert W. Levenson, who has been tracking 150 married couples for a quarter-century. In most other studies of this sort, participants would just be asked how they felt about their marriage or what kind of gestures their partner made. But in Levenson’s study, the couples are filmed while they interact to solve a relationship problem— and those tapes are then reviewed and the subjects are graded by their facial expressions, their body language, the words they use and the tone of their voices.

For individuals with one or two copies of the long allele, these interactions weren’t predictive of how they’d come to view their marriage in the future. (Presumably, they graded their marriages on their kids or their mortgages or why the other person can’t correctly load the dishwasher or why the other person cares so much about the dishwasher.) But for individuals with two copies of the short allele, the emotional tone of their interactions predicted either marital satisfaction or dissatisfaction.

How large was the swing in their satisfaction? Levenson said that short-allele individuals who came into the study with pretty much average marriages but a negative emotional tone ended up, 13 years later, in the bottom 4 percent of marital satisfaction—basically, in the Mississippi of marriages.

“If I said to you, you know, if your marriage started as average and that ten years later that there were only four percent of the marriages in the population that were worse than your marriage, you know, you’d be pretty worried.”

But that doesn’t mean these short allele people are doomed to unhappy marriages. In the right environment, they bloom and end up the happiest with their marriages, says the study’s lead author, Claudia Haase, who began the study as a postdoc at Cal and is now an assistant professor of human development and social policy at Northwestern University. For the extra-sensitive, she says, compliments, good-natured jokes, physical contact, “these little emotional goodies you can provide your spouse really matter.”

It’s also worth noting a bit of backstory on how this marriage longitudinal study ended up diving in the direction of the gene pool. After all, the study had been going on since 1989, which was before the human genome had even been mapped and when Haase was still living in (and it still existed) East Germany. But then there was a giant recession and an economic stimulus act— one of the provisions of which was funding for new research grants to expand existing research in a new direction and do it quickly.

As Levenson says, “If it hadn’t been for the crash of the American economy, this might never have happened.”