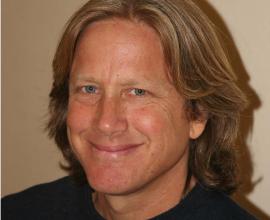 The social psychologist and professor is the cofounder of the Greater Good Science Center, a university-affiliated organization devoted to researching and educating others about positive psychology—the science behind happiness, empathy, compassion, and similar emotions. Keltner, an expert on social intelligence and communication, is a best-selling author whose work is regularly featured in the New York Times and on NPR, among other outlets.

For the past few years, Keltner has been sharing his expertise with an unexpected party: Facebook. Along with another Greater Good associate and Facebook’s empathy team, he is introducing new tools to the social network that are intended to make it a happier place, including more sophisticated emoticons and automatic messages to diffuse negative interactions.

Diablo met with Keltner to find out about the work he’s done with the social media giant and why Facebook enlisted his help.
Q: Does social media make people feel connected or isolated?

A: There are new studies showing most people feel more connected. The data show it’s at worst a mixed story. For those who are lonely in the first place, it will make them feel more isolated. [But when it’s used well], it can become an agent of activism and connection.

Q: Are you explaining new concepts to the Facebook team, or are you addressing the science behind ideas they’ve already grasped?

A: It’s a mixture of both. What we bring is pretty intuitive. They have hundreds of engineers, designers, and people writing code. They don’t have a lot of social psychologists.

We use certain discoveries in linguistics—how people use language informally, how we hesitate, how being direct can be offensive—to help Facebook with the language on the site. There’s a rich science of politeness: Studies show that if you’re communicating with somebody, being indirect is less likely to provoke conflict.

Q: What changes has Facebook made to its platform as a result of your partnership?

A: [Sometimes] people post photos that hurt others’ feelings, so we built out a process so people can ask for a photo to be taken down. Instead of blocking the person out, we built interaction tools [prewritten templates intended to de-escalate tense verbal interactions] to help calm people and improve communication.

Another thing we developed are stickers: emoticons called Finch. We have data showing that the richer array [of language and imagery] I use, the healthier the communication. If I send more than a smiley face, I feel healthier, more connected—and so do you.

Q: What’s the most effective way to deal with hurt feelings?

A: The thing we did that was effective [was implement] tools that allow someone who feels upset to say, “Hey, the photo you posted makes me feel sad.” We built in nuances of apology: recognizing the other person’s position, taking responsibility, and apologizing.

Q: One of your areas of expertise is social interaction. What is the digital equivalent of body language?

A: We’ve always started with the idea that there’s no substitute for face-to-face. There is always the hope that in some way, we can encourage people to solve issues [this way].

Even though more sophisticated emoticons have that quality of your own body, they are never equal. I hope to build in elements of nonverbal communication: All the subtle things we do with voice [for example] are not there.

Q: Does the research on face-to-face interactions apply to social media? Do we need entirely new studies for digital formats?

A: There are scientifically separate literatures for human and digital interactions, and they need to inform one another. One of the ways people think of digital behavior is that it’s totally different than face-to-face.

But there are profound similarities in online and face-to-face communities. I’ve been struck in my three years at Facebook—originally thinking it was a weird, different platform—by how the things people share, what they fight about, [is] the same stuff.

Q: Are there universal standards for empathy, or will Facebook and other sites have to modulate for different countries?

A: One of the things I admire about Facebook is that the design philosophy is about building things and then making them better.

We had a sense from social science that morality is about freedom, rights, harm, and justice, and we based the tools on this idea. But in India and Brazil, for example, their sense of right and wrong is totally different. In India, [users] will be seething if you take a photo of their favorite actor or athlete and Photoshop it—add a hat or a mustache. In Brazil, if you slight a person’s favorite sports team, [he or she is] ready to rumble.

Facebook comes in and considers the country’s culture. Honoring that is one of the biggest challenges.

A: It’s a hot issue. Clearly, you should consider taking off pornography, threats, and bullying of young people by older people. Human communities do that kind of [filtering], so Facebook could operate on similar principles.

Q: With all the negative feelings social media can cause, is it a good thing?

A: Hunter-gatherer societies spent a lot of time with each other, [but] then we built suburbs, which are the structure of solitude. Now, we have these new things pinging us all day long, with jokes that make us laugh.

It’s not perfect, but it’s a step forward.

» Don’t use Facebook as a tool for comparing yourself to others. Comparison can lead to feelings of aggression and an urge to retaliate: Avoid it.
» Don’t be self-promotional; be vulnerable. Posing and narcissism are out; praise and respect are in.
» Find a purpose, and use Facebook to fulfill that purpose. Start a grassroots effort, build support for a favorite political candidate or cause, or spread the word about good people in your neighborhood.
» Share good things. Telling positive stories helps to create a positive society.