Dealing With Burnout, Which Doesn’t Always Stem From Overwork 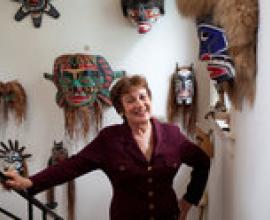 IT’S the end of the year, and lots of us are feeling a little overwhelmed. Tired, unfocused and ready to take a nice break with our families (or away from our families in some cases).

Christina Maslach, a pioneer researcher on burnout, says that work overload may not be the most important factor in the problem, which is expanding.We may be feeling garden-variety stress. Or more ominously, we may be burned out.

Although most of us tend to use those phrases interchangeably, researchers say stress is to burnout as feeling a little blue is to clinical depression — a much more serious and long-term problem that doesn’t get the attention it should, but can affect all aspects of our lives and workplace.

Burnout is not just when you need a vacation to recharge. It’s when you feel overwhelming exhaustion, frustration, cynicism and a sense of ineffectiveness and failure. Initially it referred to those employed in the human services — health care, social work, therapy and police work — but has since expanded to all sorts of workers, said Christina Maslach, professor emerita of psychology at the University of California, Berkeley.

Professor Maslach is a pioneer in the study of burnout, researching it since the 1970s; in the early 1980s she and her colleagues developed the Maslach Burnout Inventory, which has become a crucial method for surveying professional burnout. The inventory contains 22 elements in the following areas:

■ Emotional exhaustion — emotionally overextended, drained and used up without any source of replenishment. It’s the chronic feeling that you just can’t face another day.

■ Cynicism or depersonalization — a loss of idealism. Particularly in the health professions, it can manifest itself as having a negative, callous or excessively detached response to other people.

■ Reduced personal efficacy — a decline in feelings of competence and productivity at work.

Not enough research has been done in the United States to determine whether burnout is more widespread now than it was 30 years ago, but “people talk about it a lot more,” Professor Maslach said. It has also become clear that it’s not simply a North American or Western problem. Not surprisingly, interest in burnout corresponds with the economic development of countries — for instance, as the economies of India and China boom, burnout research is growing, according to research Professor Maslach worked on.

Some other countries have a better handle on whether burnout is increasing. Michael Leiter, a professor of occupational health at Acadia University in Nova Scotia, has studied the issue for many years in hospitals. He said burnout was certainly growing among nurses, and younger nurses were experiencing it more than older nurses.

He attributed that to the push to work harder with fewer resources, less pay and greater job insecurity. Also, as technology allows the lines between work and home to blur, many feel on-call all the time, with no opportunity for respite.

Surveys show that more people are also feeling burned out in Europe. In the mid-’90s, when it first began to be measured, 10 percent of the Dutch working population reported feeling burned out, compared with 13 percent now, said Wilmar Schaufeli, a professor of psychology at Utrecht University in the Netherlands.

That increase can largely be attributed to more women ages 30 to 40 entering the work force and struggling to balance work and home life, he said.

Burnout in the Netherlands first began to be systematically measured when it became a medical diagnosis: if a doctor determines a worker suffers the symptoms of burnout for more than six months — in part by using the Maslach Burnout Inventory — the worker must receive paid time off and help, such as counseling. The same is true in the Scandinavian countries.

“Employers, government, unions — all have a vested interested in preventing this,” Professor Schaufeli said.

A typical response to the problem, he said, would be to give the employee six to eight weeks off, with weekly half-hour counseling sessions to help figure out what went wrong and how it might change.

“They may still have the same complaints, but they’re better able to cope,” he said.

While most people think job burnout is just a matter of working too hard, that’s not necessarily true. Professor Maslach and Professor Leiter list six areas that can result in burnout: work overload; lack of control over the work; insufficient rewards; workplace community problems, such as incivility and a lack of support among co-workers; a lack of fairness, such as inequality of pay, promotions or workload; and a conflict between one’s personal values and the requirements of a job.

One can work really hard and still be engaged and enjoy the work, Professor Maslach said. So it is important to focus on the other areas, because “sometimes the problem of work overload turns out not to be the most important.”

While people need to figure out what they can do on an individual level to prevent burnout, change will be limited without a shift in organizational thinking, she said — a challenging proposition at best.

One program called CREW (Civility, Respect and Engagement with Work), which was originally developed by the United States Veterans Health Administration, shows promise.

The program, which was replicated in Canadian hospitals, consisted of groups of 10 or 15 health workers, primarily nurses, meeting weekly with a facilitator for six months to hash out communication difficulties.

“Too often these things are seen as personal issues rather than professional,” Professor Leiter said, but noted that tension between colleagues can affect all areas of a job.

After the six-month period ended, the members of the group reported less exhaustion and cynicism and more commitment and job satisfaction. Control groups in the same hospitals who participated in other programs intended to improve the quality of work life experienced no such changes.

Not only did the positive transformations last more than a year, but symptoms of burnout decreased even for team members who didn’t participate in the weekly sessions, Professor Leiter said. He and his colleagues published the findings last year in The Journal of Occupational Health Psychology, “Getting Better and Staying Better: Assessing Civility, Incivility, Distress and Job Attitudes One Year After a Civility Intervention.”

While this approach appears to be one of the most effective, Professor Schaufeli warned that there was no single solution and that “it is crucial that management gives money and time” to addressing the problem — something that is far more likely in a country where the employer will have to pay the cost of burnout directly, rather than in the United States, where the price in productivity and turnover is more hidden.

It’s also important that people talk about the problem frankly and openly, he said. In the Netherlands, prominent politicians and actors have spoken of their struggles with burnout.

Individuals can also come up with strategies to cope that don’t sound particularly new but are helpful, Professor Leiter said: getting enough sleep, exercising and eating well, and “pacing yourself very carefully and staying very focused on what you want to accomplish over the long run.”

But, he noted, “there’s the issue of justice — when a whole part of society that doesn’t seem to work very hard gets a lot of rewards and another gets squeezed harder and harder. That won’t be addressed in a mindfulness session.”