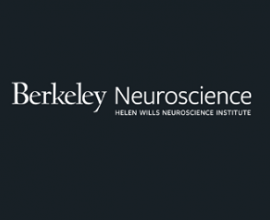 The Helen Wills Neuroscience Institute announces the selection of Markita Landry and collaborators Linda Wilbrecht, Marla Feller, and Jose Carmena as the recipients of the 2017 Radical Ideas in Brain Science Challenge. Landry and her team will receive a $300,000 award — made possible through the generosity of Berkeley Brain Initiative donors.

For the Radical Ideas in Brain Science Challenge, Landry is bringing together a multidisciplinary team to further develop nanosensors for use in intact brain tissue and behaving animals. They will initially focus on the neuromodulator dopamine, characterizing how the release and spread of dopamine affects the function of specific neural circuits in the retina and cortex.

Dopamine plays a big role in motivation, learning, social interactions, vision, and control of movement. The dysregulation of dopamine can have devastating effects on the nervous system and is linked to the onset of autism and Parkinson’s Disease among other disorders. Dopamine nanosensors will enable the group, and the larger neuroscience research community, to study the role of dopamine signaling in the healthy and diseased brain.

Image caption: Landry's nanosensors are built on nanotubes that fluoresce in the near-infrared. After adding a polymer designed to grant selective access to dopamine, the nanosensor increases in fluorescence when dopamine is present.

Research Focus: Experience dependent plasticity and the development of circuits involved in value based decision making.

Professor and Division Head of Neurobiology

Research Focus: Functional development and organization of neural circuits in the retina.

About the Radical Ideas in Brain Science Challenge

This is the first year of the Radical Ideas in Brain Science Challenge, made possible by generous donor support. The program provides critical funding to trail-blazing high-risk high-reward projects to better understand the brain and mind. Notably, it is also an innovative model for future research collaborations to catalyze similar ground-breaking neuroscience discoveries. The selection process was managed by the Helen Wills Neuroscience Institute with the support of the VCRO.

To learn more about the Radical Ideas in Brain Science Challenge, visit the program page.