Congratulations to Donald A. Riley the UCBEA Distinguished Emeritus of the Year, 2017-18 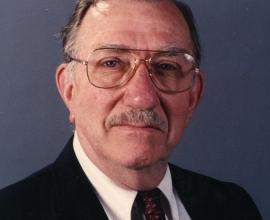 The University of California at Berkeley Emeriti Associations (UCBEA) is pleased to announce the recipient of the UCBEA Distinguished Emeritus of the Year, 2017-18 – DONALD A. RILEY.

Donald A. “Al” Riley retired from the Department of Psychology in 1991.  You would never know it.  Al continued to do active research with graduate students until 1994, and with undergraduates through 2000.  He was a founding member of the University of California Berkeley Retirement Center, and its policy board of which he was an early chair.  He also was, and is a member of the UC Berkeley Emeriti Association, and he not only was on the Board but also was President of the Association.  He was a Co-Founder of the wildly popular free Learning in Retirement program, a series of talks each semester since its inception 17 years ago available to the community at large as well as retired faculty, staff and administrators.  The topics have covered a broad range of scholarly, political and wellness topics.  He chaired this effort through 2012 and still serves as an organizing member.  Are you trying to catch your breath with all he has done?  He also was the 2004 Alumnus of the Year in the Department of Psychology for his PhD alma mater Ohio State University, and in 2010 he received the Comparative Cognition Society Research Award, because, yes he continued to publish after his retirement.  He continues in service to the Psychology Department on committees devoted to hiring, teaching and fund raising.  He also mentors other faculty in the Department, especially new faculty.  In his post-retirement scholarship, teaching, service, and energy, he humbles and inspires many of us.  Congratulations to Al Riley as the 2017-18 Emeritus of the Year of the UC Berkeley Emeriti Association.  Look for announcements of a fall reception in his honor.