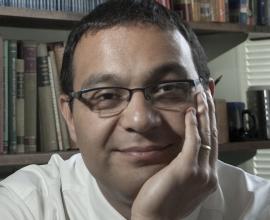 A recent study found a discrepancy in publication for most STEM programs at UC Berkeley but found the campus’s College of Chemistry to be a surprising exception to the trend.

Rodolfo Mendoza-Denton, the study’s first author and a campus psychology professor, and his researchers surveyed students — both undergraduate and graduate — in 2013-14 about different aspects of life for science students and looked at an independent survey that graduate students take before receiving their doctoral degree. Through the surveys, the researchers found that both minority ethnic groups and women were significantly less likely to have submitted work for publication, but that no such discrepancy existed in the College of Chemistry.

“Depending on the discipline, you have statistically significant differences in opportunity of publication,” Mendoza-Denton said. “The fact that chemistry doesn’t, I think, is very exciting.”

According to Mendoza-Denton, a current hypothesis is that the lack of discrepancy in the College of Chemistry is due to the program’s structure, which requires chemistry graduate students’ advisers to ask about students’ progress on their research and sets a clear expectation for publication.

It is the lack of such structure that allows for prejudice, according to Mendoza-Denton.

“When things are ambiguous or … the rules are not clear, that’s when implicit biases and prejudice can express themselves,” Mendoza-Denton said. “Structure helps mitigate the expressions of bias and, particularly, of implicit bias.”

According to Mark Richards, a campus Earth and Planetary Sciences professor and an author of the study, these publications are important for the future of graduate students, especially those seeking a job in academia, because the amount of papers published is often the first criteria for making the shortlist for a job.

Kena Hazelwood-Carter, president of the campus’s Graduate Assembly and a third-year doctoral student at UC Berkeley Graduate School of Education, said a strong publication career isn’t necessary if a student doesn’t want to go into academia. But, she added that professors and their mentorship are essential parts of a graduate student’s career, and the lack of underrepresented minority mentors can impact students of color.

“Some things that are essential, almost insurmountable barriers to success might not be understood as to be as serious to someone who hasn’t experienced somewhat similar things in their life,” Hazelwood-Carter said.

According to Colette Patt, the second author and campus College of Letters and Science’s student diversity programs director for the mathematical and physical sciences division, said these professors are the key individuals who guide graduate students in their research and their career. Patt said the study found that it may be the entire set of relationships in a department that create the equity found in the chemistry department.

Patt said a current study is underway at UC Berkeley and at colleges such as CalTech, Stanford and UCLA to determine what is causing the equitable outcome in the College of Chemistry.

“In order for change to take place in other departments, we need to first be clear in what is resulting in this equitable outcome,” Patt said.