The Association for Psychological Science Award for Lifetime Achievement 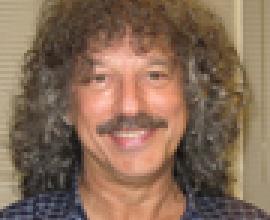 The APS Mentor Award is a new lifetime achievement award to recognize psychology researchers and educators who have shaped the future directions of science by fostering the careers of students and colleagues.

A mentor can be many things: That professor or advisor who made a special effort, transforming our career paths; that inspirational researcher who influenced a larger group of scientists through broader efforts, such as leading an organization or laboratory, or through lecturing and conducting seminars and workshops. There may be other models as well, including for undergraduate institutions and applied settings.

The APS Mentor Award honors the importance of mentoring in the field as well as the dedication and impact of individuals with a distinguished record of teaching, advising, and encouraging students and colleagues who go on to have productive and influential research careers.

The first APS Mentor Award will be presented at the 25th APS Annual Convention in Washington, DC, May 23-26, 2013 to Professor Robert Levenson, Department of Psychology, University of California, Berkeley.